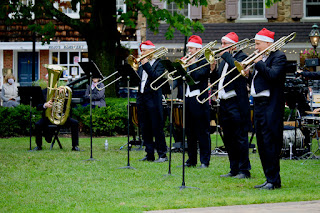 WHEN: Weekends, December 5-20; times vary each weekend
WHERE: Access to the free broadcasts is available via the orchestra’s website with registration available for specific time slots of 2pm, 7pm, and 4pm on select dates.
ADMISSION: Access to the Holiday POPS! virtual concert is FREE to all. A digital program book will be available in advance to enhance the audience experience. For broadcast access, call 609-497-0020 or visit princetonsymphony.org.
Performance schedule and online sign-up for free access are available at princetonsymphony.org or 609-497-0020.

Programs, artists, dates, and times are subject to change.

On behalf of the PSO, Executive Director Marc Uys says, “We are thrilled to present this exceptional holiday showcase featuring top artists and local arts partners as an uplifting gift of thanks to all for continuing to support the arts in our community this season.” 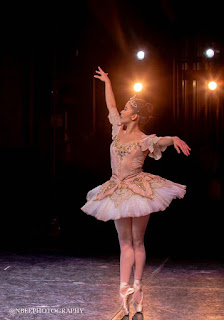 Christina and Michelle Naughton are the first piano duo to receive an Avery Fisher Career Grant. The award was announced March 14, 2019. They have performed with orchestras including the Minnesota Orchestra, Baltimore Symphony Orchestra, the Sarasota Orchestra, the Naples Philharmonic, and the Royal Scottish Symphony Orchestra. Christina and Michelle are graduates of The Juilliard School and the Curtis Institute of Music, where they were each awarded the Festorazzi Prize. They are Steinway Artists and currently reside in New York City.

American Repertory Ballet’s mission is to bring the joy, beauty, artistry and discipline of classical and contemporary dance to New Jersey and nationwide audiences and to dance students through artistic and educational programs. The organization comprises: the preeminent professional classical and contemporary ballet company in the state; Princeton Ballet School, one of the largest and most respected non-profit dance schools in the nation; and ARB’s Access & Enrichment initiatives, including the acclaimed DANCE POWER program, the longest continuously running community and arts partnership in New Jersey. The performing company is a classical and contemporary ballet company committed to presenting ballets from the 19th and 20th centuries alongside new and existing works by choreographers from today. 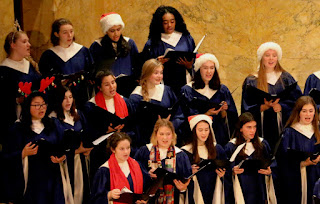 The Princeton High School Choir has an unusually rich tradition of choral excellence that is unique among American high schools, performing extensively in North America and Europe and touring as representatives of Princeton, New Jersey. One of five performing ensembles, the 85 members of the choir are selected after careful audition of nearly two hundred and fifty voices in the high school’s choral program.

ABOUT THE PRINCETON SYMPHONY ORCHESTRA

The Princeton Symphony Orchestra (PSO) is a cultural centerpiece of the Princeton community and one of New Jersey’s finest music organizations, a position established through performances of beloved masterworks, innovative music by living composers, and an extensive network of educational programs offered to area students free of charge. Led by Edward T. Cone Music Director Rossen Milanov, the PSO presents orchestral, pops, and chamber music programs of the highest artistic quality, supported by lectures and related events that supplement the concert experience. Through PSO BRAVO!, the orchestra produces wide-reaching and impactful education programs in partnership with local schools and arts organizations that culminate in students attending a live orchestral performance. The PSO receives considerable support from the Princeton community and the New Jersey State Council on the Arts, regularly garnering NJSCA’s highest honor. Recognition of engaging residencies and concerts has come from the National Endowment for the Arts, and the PSO’s commitment to new music has been acknowledged with an ASCAP Award for Adventurous Programming and a Copland Fund Award. The only independent, professional orchestra to make its home in Princeton, the PSO performs at historic Richardson Auditorium on the campus of Princeton University.