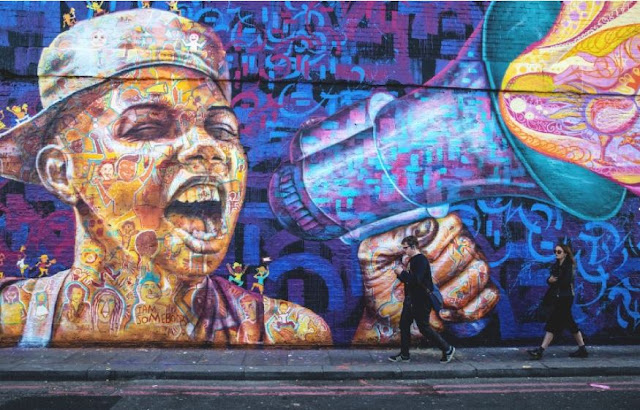 The second installment of Crossroads Theatre Company’s Town Talks series on the importance of voting, The Day After Conversations—Looking Back: Reflections from the American Theatre, began streaming November 5. This three-part series of conversations led by Ricardo Khan were recorded immediately after Election Day to capture the thoughts and reflections of veteran artists, young activists, and today’s drum majors for justice. The full series streams through Nov. 16.

The Town Talks program is offered as part of Crossroads Theatre Company’s virtual platform to educate and engage audiences locally, regionally and nationally on the hot topics and burning questions that define the concerns of Americans prior to and since the election. Town Talks stream two to four weeks every month to April 2021. The post-Election 2020 conversations were recorded at the New Jersey Performing Arts Center (NBPAC) and the United Methodist Church in New Brunswick, NJ.  Zendesk, a global technology company, is sponsoring these events

The Day After Conversations are led by Crossroads Co-Founder Ricardo Khan. who is joined in the first segment Looking Back: Reflections from the American Theatre by Nikkole Salter, Actress and Playwright and Richard Wesley, award-winning Playwright and Screenwriter. “We've brought together Black theatre professionals who have something to say about the most consequential US election in our history. They'll examine the role and responsibility of black theatre in telling the stories that emerge from the themes that played out live before and since Election Day,” said Khan.

The second segment, entitled Contemporary Activism: The Struggle Continues, will explore how the Presidential election will define our nation for the next generation.  The new generation of young activists from the area will offer real talk about post-Election democracy, civility, and moving a divided country forward. It streams Nov. 10-16.

Dangerous Waters: Raising and Protecting the Next Generation will stream Nov. 12-16.  Khan will be joined by Rev. Cyndi Stouffer of United Methodist Church in New Brunswick, NJ and parishioners of school-aged children.  The subject will be about the consequences of this election in relation to the issues of racial and social justice and education.

Launching Crossroads Town Talks series is a very fitting tribute to the late Congressman John Lewis, among the original drum majors or justice,” said Anthony Carter, President of Crossroads Board of Trustees.  Carter reminds us of the importance Lewis placed on the arts as an influencer and documenter of history with a quote from Lewis that says “without the arts, without music, without dance, without drama, without photography, the civil rights movement would have been like a bird without wings.”

To access The Day After Conversations and for more information about Crossroads 2020-2021 season, please visit www.crossroadstheatrecompany.org.

The 1999 Tony® Award-winning Crossroads Theatre Company (CTC), now a resident member of the New Brunswick Performing Arts Center (NBPAC), is celebrating its 42nd year being a preeminent gateway for black theatre that has been the stage for many actors, directors, designers, writers and other theatre professionals. Since its opening, CTC has built a rich and storied legacy, celebrating the culture, history, spirit and voices of the African Diaspora.

Zendesk is a service-first CRM company that builds software designed to improve customer relationships. Zendesk software is powerful and flexible, and scales to meet the needs of any business.