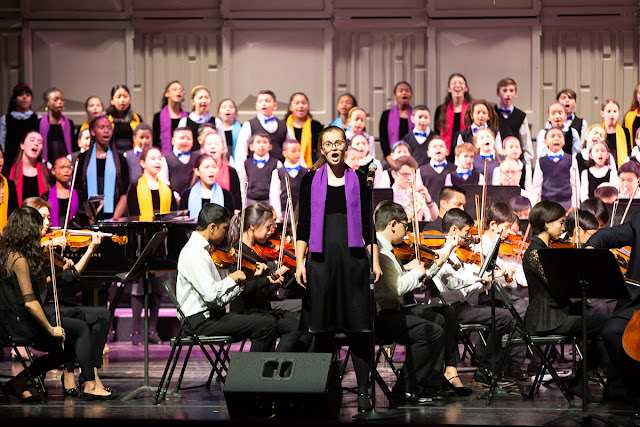 WHEN: Sunday, February 9, 4-6 pm
WHERE: Bergen County Academies Auditorium, 200 Hackensack Avenue, Hackensack
TICKETS: $25 Students (under 18); $50 Adults; $90 Premiere Seating; and $250 VIP, which includes premiere seating and post-concert meet-the-artists reception.
For more information on the concert or to learn about sponsorship opportunities, visit www.jccotp.org/gom or contact Nina Bachrach at nbachrach@jccotp.org, or call 201-408-1406.

The goal of the concert each year is to celebrate the school’s remarkable achievements, while raising critical scholarship funds for children in our community who wish to study music, but whose families lack the financial resources. Thurnauer prides itself on bringing a world-class conservatory education to the community at large and recognizes how a specialized education of this kind can inspire and shape lives.

“I believe that every child should have the opportunity to make music,” says Dorothy Kaplan Roffman, Founding Director of the JCC Thurnauer School of Music. “We are incredibly grateful to the artists, donors, and volunteers who help us to raise the critically important funds that allow us to offer scholarships. When we see the twinkle in the eye of a child enjoying the thrill of making music – especially alongside world-class artists at our gala – we truly experience the gift of music!”

Sharon Isbin, multi Grammy Award-winning guitarist and winner of the Toronto, Munich ARD, and Madrid competitions, Germany’s Echo Klassik, Guitar Player’s Best Classical Guitarist, and Musical America’s 2020 Instrumentalist of the Year awards, has been soloist with over 200 orchestras. She performed in Scorsese’s Oscar-winning The Departed, the White House by invitation of President Obama, and as the only classical artist in the 2010 Grammy Awards. The documentary Sharon Isbin: Troubadour, seen by millions on over 200 PBS stations and abroad, won the 2015 ASCAP TV Broadcast Award and is available on DVD/Blu-ray. Other recent highlights include a concerto by Chris Brubeck, collaborations with Sting and Amjad Ali Khan, and sold-out performances at the Kennedy Center and Carnegie Hall. Her discography of 30 recordings includes Souvenirs of Spain & Italy with the Pacifica Quartet , Sharon Isbin: 5 Classic Albums, Bach Complete Lute Suites, and Alma Española (honored by a 2018 Grammy for Producer of the Year). Her Grammy-winning Journey to the New World spent 63 weeks on top Billboard charts, and her Latin Grammy-nominated disc with the New York Philharmonic is their only recording with guitar. She has premiered over 80 works written for her by some of the world’s finest composers, and directs guitar departments she created at Juilliard and the Aspen Music Festival.

The Gift of Music, established by Drs. Joan and Alan Handler, serves as the school’s major fundraising event and primary source of scholarship assistance for those who cannot afford the cost of tuition. The concert also provides great inspiration to students and the music school community, as world-renowned artists generously participate and donate their time and talent to this cause.  Past Gift of Music artists include violinists Joshua Bell and Pamela Frank, jazz greats Wynton Marsalis and Paquito D’Rivera, pianist Richard Goode, and the Emerson String Quartet. Since its inception, Thurnauer has awarded nearly $3 million in need-based scholarships.