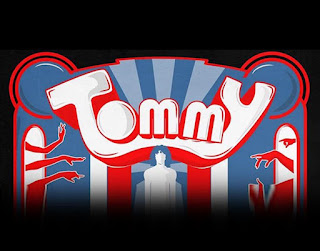 Remember Jones presents the entire THE WHO album of the rock opera TOMMY, commemorating the 50thanniversary of the album’s release, with his full 14-piece band and seven special guests. The show features Lance Larson as Uncle Ernie, JaQuita May as The Acid Queen, Billy Walton as The Hawker, Daimon Santa Maria as Cousin Kevin, Taylor Tote as Sally Simpson, Bobby Lynch as The Pinball Wizard, Rick Barry as The Specialist and Remember Jones as Tommy.

WHEN: The first two shows, September 7, at 8 PM and Sunday at 2 PM, are practically sold out. We’ve added a THIRD SHOW on Sunday evening, September 8, at 7 PM!
WHERE: 100 Grant Avenue, Deal Park
Get great seats NOW!!

A MUSICAL JOURNEY THROUGH THE LOOKING GLASS...

Based on Lewis Carroll’s beloved tales, ALICE IN WONDERLAND, directed and choreographed by Gabriel Chajnik and featuring Monmouth County’s only professional ballet company, the Axelrod Contemporary Ballet Theater, will be a multi-media musical spectacle that will entertain the whole family. Don’t be late to this very important date!

Julie Budd and her band will perform a special 100th birthday concert for New Jersey philanthropist and friend of the Axelrod and JCC, Ruth Hyman.

Pinkalicious, based on the popular children’s book by Victoria Kann and Elizabeth Kann, returns to the Axelrod. Perfect for the young ladies in your life, Pinkalicious is a musical delight that celebrates All Things Pink, including lemonade, tutus and cupcakes, served at intermission. Bring the whole family!

Our final main-stage musical of the 2019 season GUYS AND DOLLS opens . Guys and Dolls, directed and choreographed by Lisa Stevens, remains one of the greatest musicals ever written with a score by Frank Loesser that features a string of hit songs and standards. This fun old-fashioned musical is the reason why generations of theatergoers LOVE musical comedy!