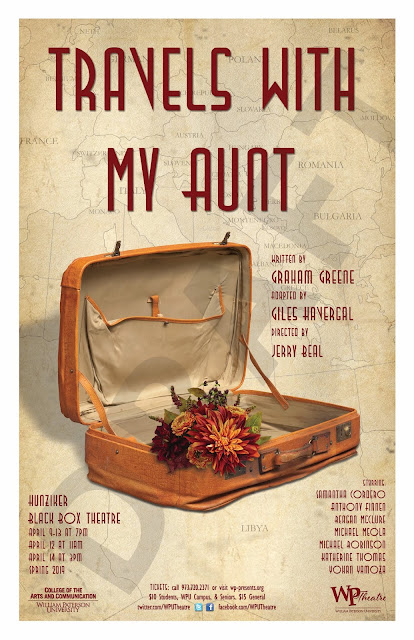 Based on Graham Greene's 1969 novel, which was made into a film starring Maggie Smith, this play was created and first performed in England by four men playing all the roles. Here, a cast of 7 men and women does the same. It is a comic tale of an eccentric woman who takes her buttoned-down nephew on a world trip which introduces him to far more than he expected.  Ages and genders are scrambled, with actors becoming different characters without leaving the stage. Props and scenery are kept at a minimum to focus on the theatricality and the story-telling.