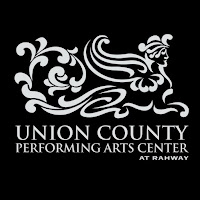 In nineteenth-century France, Jean Valjean is released from years of unjust imprisonment, but finds nothing in store for him but mistrust and mistreatment. He breaks his parole in hopes of starting a new life, initiating a lifelong struggle for redemption as he is relentlessly pursued by police inspector Javert. Javert refuses to believe Valjean can change his ways. Finally, during the Paris student uprising of 1832, Javert must confront his ideals after Valjean spares his life and saves that of the student revolutionary who has captured the heart of Valjean's adopted daughter.

Rock ‘n’ Roll Fantasy, playing the music of Bad Company and Foreigner, is a band forged in the fires of classic rock.

~Singer Kevin Brennan has shared the stage with Paul Rodgers of Bad Company, Tom Scholz of Boston, and Roger Daltrey of The Who.

~Guitarist Derrek Hawkins started his musical journey with Sammy Hagar and went on to play for Stabbing Westward, Spacehog, and Ace Frehley of KISS.

~Drummer Kevin Hupp played for Rick Derringer for ten years, and since then has worked with Eddie Van Halen, Hall & Oates, and Iggy Pop.

~Bassist Andy Huenerberg has shared both stage and studio with such diverse figures as Aretha Franklin, Leonard Bernstein, and the “Godfather of Rock & Roll,” Chuck Berry.