Shows Announced for 2nd Year of Shakespeare in the Park! 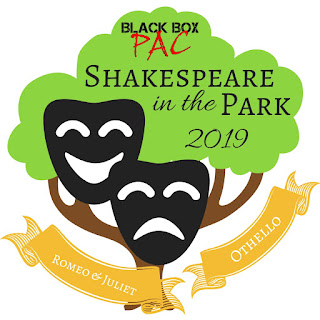 This summer, the team will return to the stage with Romeo & Juliet and Othello!

In July and August, a troupe of theater-makers will bring these shows to hot spots throughout Bergen County. The shows are free to the public, and supported in part by the Township of Teaneck and Englewood Library. Exact dates and locations to be announced soon!

In Romeo and Juliet, the most famous love story comes to life on stage this summer. The Montagues and Capulets have been feuding for ages. The children decide to take matters into their own hands, and the star-crossed lovers attempt to overcome the societal pressures surrounding them. Inspired by punk-rock, this adaptation with non traditional casting breathes new life into this classic tale.

Othello is a story about societal status and what it means to be an outsider. General Othello is a self-made man and a Moor who seems to reach the peak of his career and love life—but his friend Iago seeks to undo this happiness when Othello passes Iago over for a promotion. The play's varied and enduring themes will leave the audience questioning societal attitudes.

This year, there is a special performance opportunity for teens ages 16-19: The Summer Shakespeare Experience! Participants will play ensemble roles in Othello and Romeo and Juliet alongside professional actors, observe rehearsals, attend master classes, and perform in a Showcase Night at the end of the summer! For registration info, please contact BlackBoxPAC@gmail.com by May 30.

Sponsorships are available to corporations and individuals! Benefits of becoming a sponsor include advertisement space in the showbill, mention in future press, and a special thanks in the pre-show announcement.

Please email blackboxpac@gmail.com for more info on how you can donate or become a sponsor.