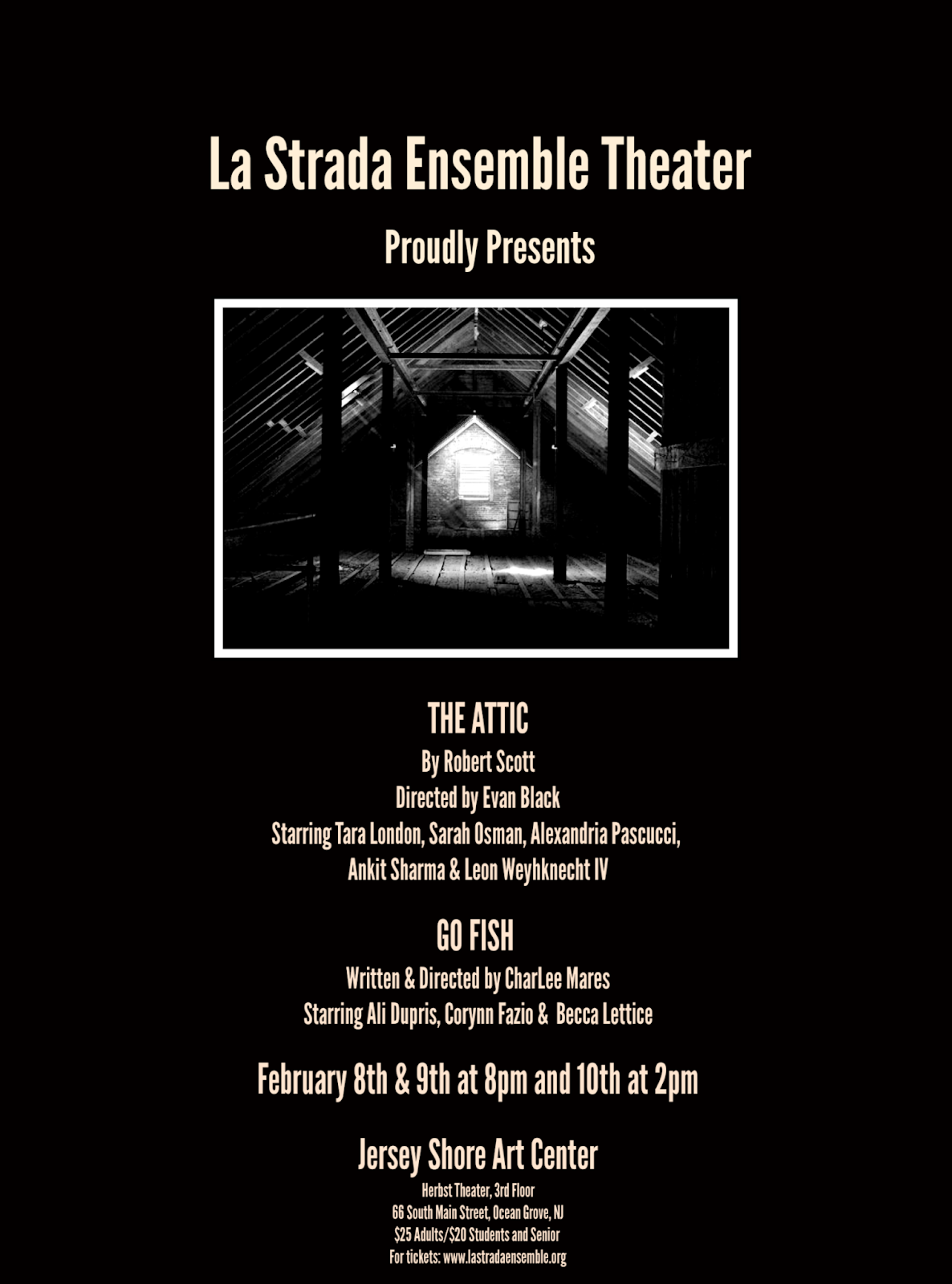 THE ATTIC
By Robert Scott

WHEN: February 8th and 9th at 8pm/February 10 at 2pm
WHERE: Jersey Shore Arts Center , 66 S Main St, Ocean Grove, NJ 07756
TICKETS: $25/$20 for students and senior citizens with an ID.
For tickets and information, please visit us online at www.lastradaensemble.org or by emailing lastradaensembletheater@gmail.com or calling (732) 455-2748.

La Strada Theatre Ensemble is one of New Jersey’s premiere developmental theatre companies that brings together theatre artists from the tri-state area with playwrights from throughout the United States.

THE ATTIC and GO FISH make a double bill of mysteries. In founding member and British resident Robert Scott's NJ Premiere of THE ATTIC, Demi began sorting out the attic, but she’s become obsessed with a letter she’s found. Is it a suicide note? A confession? What is her connection with the woman from the past?  In the world premiere of NJ resident CharLee Mares' GO FISH a card game unlocks the mystery of a murder.

Robert Scott says of his play, “I’ve wanted for years to write a play set in two timezones and have either side of the stage set accordingly.  Eventually I got round to it with The Attic. Very quickly, I decided to make it a story where the present characters were learning of the events the past characters were playing out – but I knew I needed a connection to fit it together and decided that the twist could be for the characters in the present.  I tried to get a feel of something sinister was going on.”