EXHIBITION ON SCREEN (EOS) has been bringing exhibition-based art films to audiences across the globe since 2011. They work with major museum and galleries to launch films which provide an immerse experience in the world’s greatest art, while providing insights from major art critics and historians. Providing access to the world’s greatest art and artistic institutions, each film offers a cinematic journey into the personal and creative lives of history’s best-loved artists. Since being launched in 2011 by filmmaker Phil Grabsky, EOS has released 19 films which have been shown in more than 60 countries across the globe.

These films at the Morris Museum’s Bickford Theatre will reveal the story behind Degas’ obsessive pursuit for perfection; how Picasso’s lesser-known early years shaped his rise to international fame; and honor the 350th anniversary of Rembrandt’s death.

“My team and I are delighted to give viewers behind-the-scenes access to some of the world’s greatest galleries and museums and to tell the stories of history’s most influential artists. I hope these three films inspire viewers to continue discovering the lives of artists who have shaped our cultural heritage, and will continue to do so for many years to come,” said Phil Grabsky, Executive Producer and director of EOS.

This film journeys from a superb exhibition at The Fitzwilliam Museum in Cambridge, whose extensive collection of Degas’ works is the most representative in Britain, to the streets of Paris. It tells the fascinating story of Degas’ obsessive pursuit for perfection through both experimentation with new techniques and lessons learnt from studying the past masters. Using written accounts by friends and commentators, and the narration of letters written by Degas himself, this film reveals a darker truth behind one of the most influential French artists of the late 19th-century and serves as an exploration of the complex workings of Degas’ artistic mind.

Many films have dealt with Picasso’s later years - the art, the affairs and the wide circle of friends. Somewhat overlooked, this film looks at the early years of Picasso; the upbringing and the learning that led to his extraordinary achievements. Three cities play a key role: Malaga, Barcelona and Paris. The film explores the influence of each on the artist, focusing on specific artworks from these early years. Looking carefully at two key early periods—the so-called Blue Period and Rose Period—the film takes us all the way to 1907 and the creation of a key painting in the history of art—Les Demoiselles d'Avignon, which Picasso painted at 25 years old. Working closely with all three Picasso Museums in Malaga, Barcelona and Paris this film explains how he rose to such great heights. 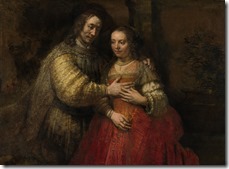 This film marks the 350th anniversary of Rembrandt's death, and explores the major show of the artist’s works hosted by London’s National Gallery and Amsterdam’s Rijksmuseum. Rembrandt’s life story is interwoven throughout, alongside behind-the-scenes preparations at these world famous institutions. For many, Rembrandt is the greatest artist that ever lived and this deeply moving film seeks to explore the truth about the man behind the legend.

The Morris Museum is hosting several other curated film series this season including Inside Cinema, Real to Reel, and the Black Maria Film Festival. Visit morrismuseum.org/film to get further details on all film offerings.