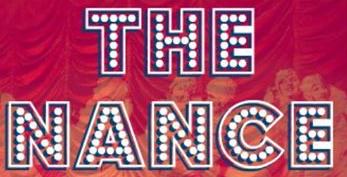 THE NANCE
by Douglas Carter Beane

WHEN: Monday, June 11th, 7 to 9 pm; Thursday, June 14th, 7 to 9 pm;  Callbacks on Tuesday, June 18th, 7 to 9 pm. (Please note callbacks are by invitation only.)
WHERE: Circle Playhouse, 416 Victoria Ave, Piscataway
Questions may be submitted to the theater at circleplayersnj@gmail.com

THE NANCE is a highly entertaining and funny exploration of gay life in 1937, a time when being openly gay was often dangerous. It is an ensemble show in which all characters, except Ned, are part of a burlesque company doing comedy sketches. Expert comic timing required. The ability to play an instrument, juggle or dance/sing, etc., especially for the female roles, is a plus, although not required. Note: the women wear burlesque costumes and do some stripping, but there will be no nudity for them. The stripping is comical rather than sexual.

The auditions will consist of readings from the show.