COMING UP @ UCPAC IN RAHWAY 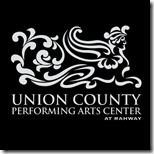 They say a girls’ first hero is her dad, but what happens when that hero turns out to be her arch nemesis and destroys all that she will ever come to know about what a man should be? Well, the truth of the matter is that there will come a time when all the pain of the past that we have buried deep within will explode inside us if we don’t let go and let God. Let God what, you say? Well, allow me to draw your attention to Angels Haven, where the answer to that lies deep within the souls of the very women you encounter every day. A Play about the True Gift of FORGIVENESS.

Returning for its 4th smash year, Icon 2017 is a Battle of the Best Musical Theater Voices in the State! Each week the judges AND THE AUDIENCE will each send TWO lucky contestants to the Semi-Finals being held in November. Who will be this year's ICON?

Package Deal: To purchase tickets to all five elimination rounds, the Semi-finals, and Finals for only $60 call or visit the box office directly.