Several of the brightest lights of this season’s Princeton Festival shine in its third week, including Beethoven’s opera Fidelio, more performances in the hit run of Man of La Mancha, the first NJ appearance by the acclaimed jazz masters the Peter Martin Trio, the return of the popular Princeton Festival Baroque Orchestra, and three free lectures. 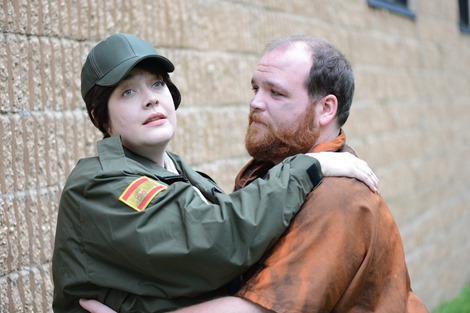 Beethoven’s only opera, Fidelio, will receive two performances on Sunday, June 18 and Sunday, June 25, both at 3 pm in the McCarter Theatre. This masterpiece of music with its uplifting message of justice, loyalty, heroism, and conjugal love features Metropolitan Opera artist Noah Baetge as Florestan and Marcy Stonikas, who has sung her role twice at the Vienna Volksoper, as his wife Leonore. (Photo by Jessi Franko Designs)

Fidelio tells the story of a courageous woman (Leonore) who rescues her husband from execution as a political prisoner. The opera ends with a memorable Beethoven hymn to liberty by a chorus of liberated prisoners. A free “Meet the Artists” reception follows the opening performance.

Principal players of the Festival Baroque Orchestra will bring the music of the 17th and 18th century alive at 4 pm in the Gothic splendor of Princeton Abbey. They will perform a concert of chamber music by Biber, Rosenmuller, Buxtehude, Gabrielli, Handel, and Mozart on instruments of the time. 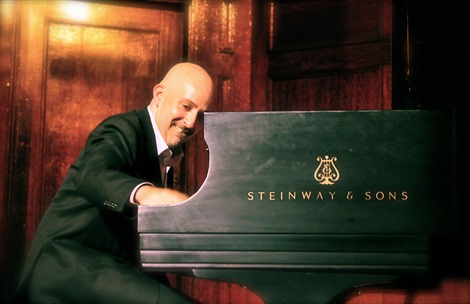 The Peter Martin Trio, whose live concerts have received acclaim from jazz-lovers from New Zealand to Thailand, Tokyo, and Lincoln Center, will make its Princeton and New Jersey debut at 8 pm in the Berlind Theatre, McCarter Theatre Center. The members of the Trio, each a distinguished jazz musician in his own right, have played on a total of 14 Grammy-winning recordings. Peter Martin (above) is on piano, Reuben Rogers on bass, and Kendrick Scott on drums.

Man of La Mancha will continue its run at the Matthews Acting Studio at the Lewis Center for the Arts on 185 Nassau Street, with performances at 8 pm on June 15, June 16 and June 17, and a 4 pm matinee on Sunday, June 18. Brisk ticket sales mean some dates have limited availability. Cervantes’ tale of Don Quixote and his impossible dream of chivalry and bravery is given musical life in this well-loved, Tony Award-winning show.

For more information and a link to ticket sales (handled by McCarter Theatre), visit www.princetonfestival.org. To purchase tickets by phone, call McCarter Theatre at 609-258-2787.