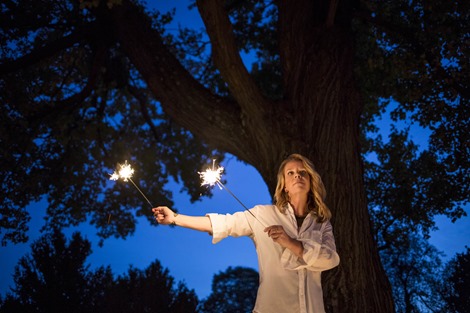 For nearly thirty years strong, on many albums like Come On Come On, Stones in the Road, Between Here and Gone, and Ashes and Roses, Mary Chapin Carpenter has earned the trust of her audience through her willingness to look deep into herself and share joys and sorrows, good times and bad.

That honesty, that quiet fearlessness, reaches a startling new level on The Things That We Are Made Of, a new full-length album scheduled to be released in May. The songs on the new album communicate with the plain-spokenness of handwritten, heartfelt letters from a confiding friend; this is art without the artifice. The result is music that is likely to be as powerfully moving as any you have ever heard.

Over the course of her acclaimed career, Carpenter has recorded 14 albums and sold over 14 million records. With hits like ”Passionate Kisses” and “He Thinks He’ll Keep Her,” she has won five Grammy Awards (with 15 nominations), two CMA awards, two Academy of Country Music awards for her vocals and is a member of the Nashville Songwriters Hall of Fame.

In 2014, Carpenter released her acclaimed debut orchestral album, Songs From The Movie. Arranged and co-produced by six-time Grammy winner Vince Mendoza, the record is comprised of ten previously recorded compositions including “Between Here and Gone” and “Come On Come On.” Since its release, Carpenter has performed alongside the New York Philharmonic, the BBC Scottish Symphony Orchestra, the London Concert Orchestra, the L.A. Philharmonic and the National Symphony Orchestra among many others. 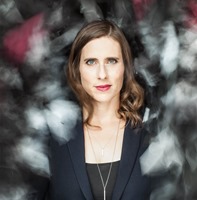 Rose Cousins
The voice of Rose Cousins is unmistakable. Originally from Prince Edward Island, she lives in Halifax. She has released three albums We Have Made A Spark (2012), The Send Off (2009) produced by Luke Doucet, and If You Were For Me (2006) produced by CBC in Halifax, as well as singles and recordings in collaboration with artists across Canada, the US, Ireland, Australia and beyond.