GRUNGE MUSICIAN CHRIS CORNELL TO APPEAR ON WEDNESDAY IN ENGLEWOOD 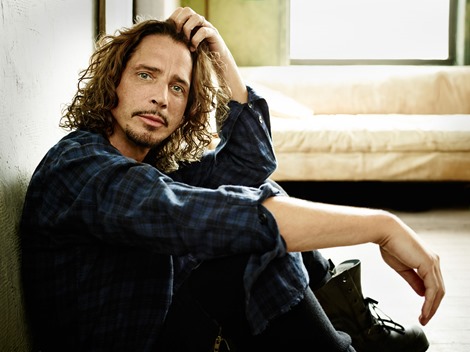 Chris Cornell is a modern icon who transcends genre.  He was the chief architect of the 90s grunge movement and remains one of the most iconic rock voices of all time.  Achieving multi-platinum success with three legendary bands—selling over 30 million records worldwide - he has forged his own unique identity over three decades as a Grammy award-winning, Golden Globe nominated singer, songwriter, guitarist, composer and lyricist.

His career began with Seattle trailblazers Soundgarden, whose wild soundscapes combined visceral punk attitude with artistic depth. In 1990, side project Temple of the Dog saw him experiment with a more soulful style alongside the future members of Pearl Jam. Later in the decade, his critically acclaimed solo album EUPHORIA MORNING combined lush melody and instrumentation with lyrics which spoke of alienation and despair. And as the millennium turned, he joined with three other musical pioneers from Rage Against the Machine to create supergroup Audioslave.

One dollar from each ticket sold will support the Chris and Vicky Cornell Foundation, which is currently raising funds and partnering with charitable organizations to mobilize support for children facing problems including homelessness, poverty, abuse, and neglect.