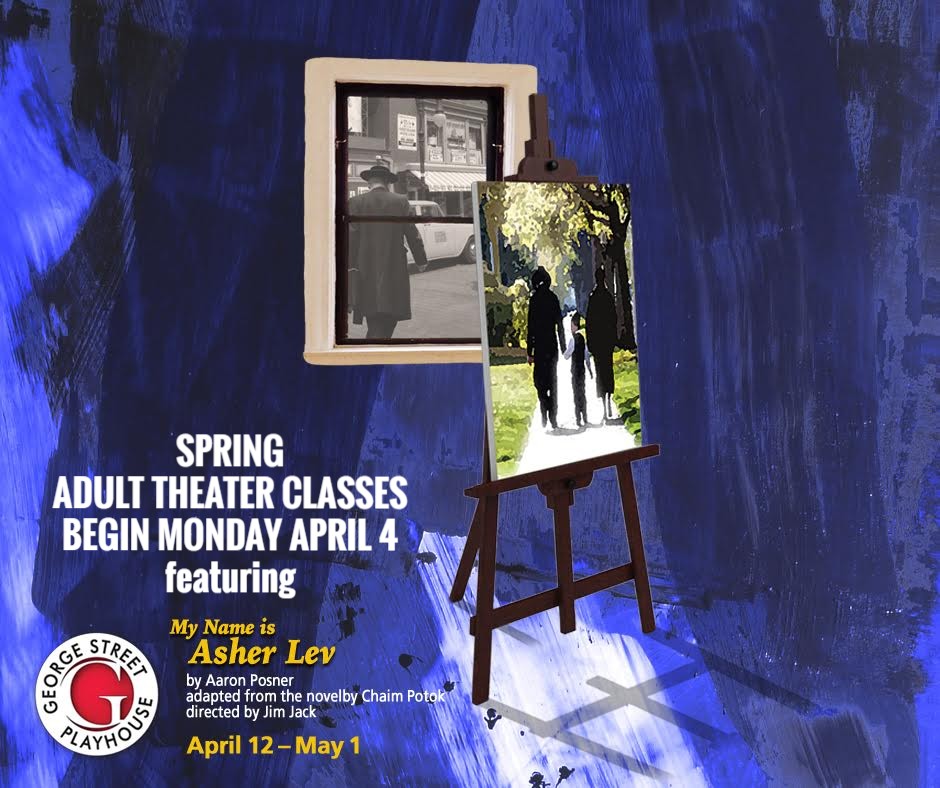 Mainstage Stage Scene Study
This course will explore the foundations of script analysis, characterization, and relationship. Students will read and explore monologues and scenes from Aaron Posner’s My Name is Asher Lev, adapted from the famous novel by Chaim Potok.

Performance Lab: My Name Is...
What is the story of your name?  How do we honor the traditions we are raised with when they conflict with the individual that we want to become? Students will develop an original play through the exploration of themes from our mainstage production of My Name is Asher Lev.

GSP Subscribers and returning students receive a 10% discount on all classes.  Please contact Diana for discount.

TUESDAY MORNINGS AT THE MUSEUM CONTINUES IN FREEHOLD 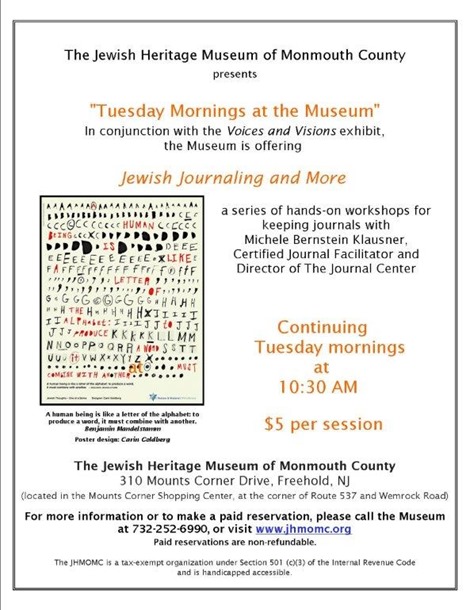 www.jh;momc.org for more information and to register

Email ThisBlogThis!Share to TwitterShare to FacebookShare to Pinterest
Links to this post
Labels: Jewish Heritage Museum of Monmouth County, Journaling

TRILOGY REP SETS AUDITIONS FOR “IN THE HEIGHTS” 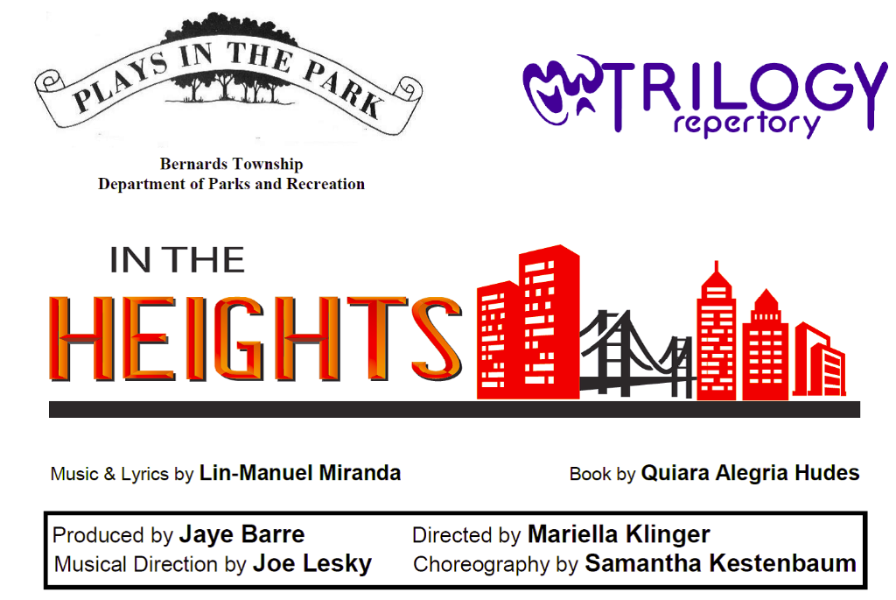 What to prepare for your audition:

For more information, please contact the director,
Mariella Klinger, at 908-938-9546 or at mariella.klinger@gmail.com

If you loved the novels by Elena Ferrante about two friends growing up in 1950s-60s Naples, you won’t want to miss this radio broadcast on WNYC:

We at The Leonard Lopate Show Book Club headquarters have been trying to figure out how to talk about Elena Ferrante's wildly popular Neapolitan novels for some time now. For those unfamiliar with Ferrante and her work, Elena Ferrante is the pen name for an Italian author who doesn't do interviews, and whose true identity has been kept a secret – and eluded detection – for more than 20 years. The final book in the series, The Story of The Lost Child, was just longlisted for the 2016 Man Booker Prize. Well, we're excited to announce that, even though we couldn't get Elena Ferrante herself to the studio, we've got the next best person!

Ann Goldstein is the only literary translator to have been entrusted with bringing the words of Elena Ferrante's Neapolitan novels to English readers. Over the course of the past decade or so, Goldstein has become one of the most sought-after Italian-to-English literary translators in the world. Her other notable translation work includes In Other Words, Jhumpa Lahiri’s new Italian-written memoir, and The Complete Works of Primo Levi, which was released last fall. And not for nothing, but all of these accomplishments are on top of Goldstein's day job as head of the copy department at The New Yorker.

Ann Goldstein will be here on April 20th to discuss the Neapolitan novels, how she became a celebrity in the translation world and the public face of Elena Ferrante, her process, and her broader body of work. Ask her your questions here! 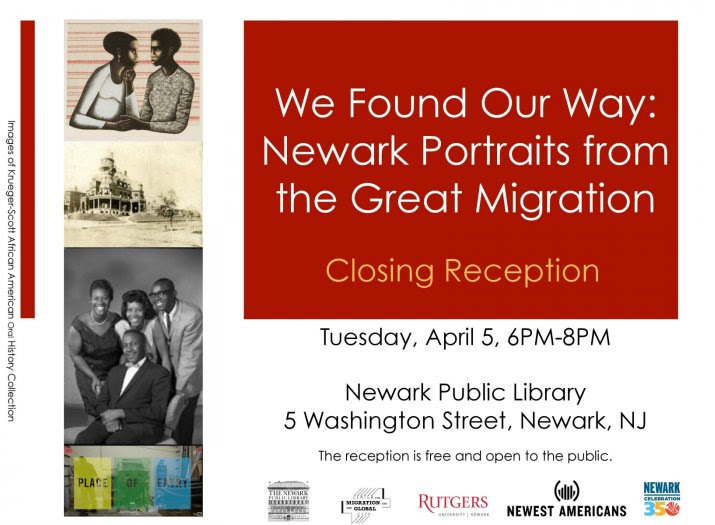 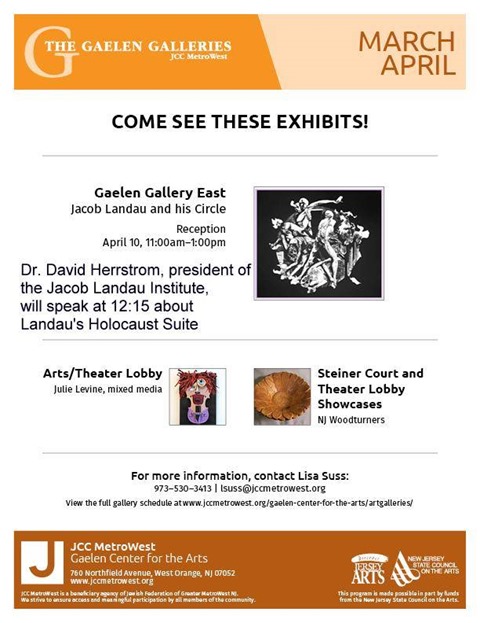 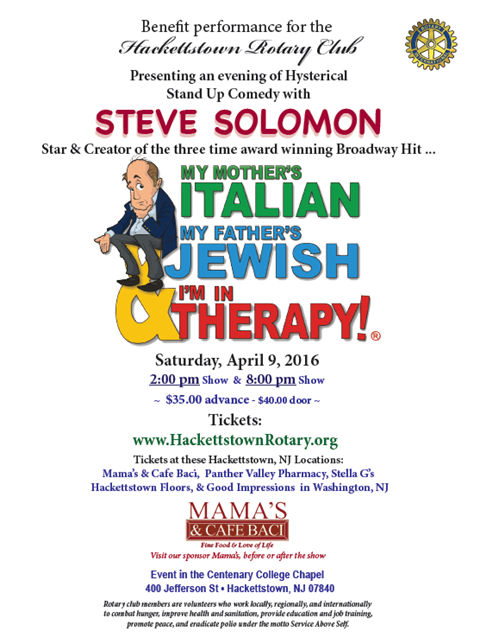 FREE CONCERT IN WHITEHOUSE ON APRIL 16 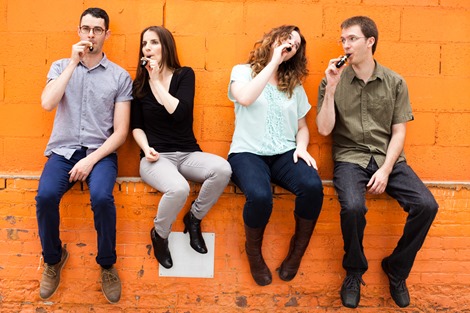 The New Thread Saxophone Quartet will present “Saxophone Blowout,” an interactive children’s concert. The concert will include a workshop where children can make their own instruments to take home.

“This will be a special concert by a young creative group of musicians, and children will love the bonus of creating their own instruments and music as well,” said Dorothy Kaplan Roffman, director of the Thurnauer Music School.

The New Thread Saxophone Quartet is committed to the creation and performance of saxophone quartet repertoire from New York’s burgeoning new music scene and beyond. This group of elite musicians shares the goal of commissioning, and working closely with composers, to develop impactful new works for the saxophone.  The quartet has toured in the US and abroad, performing at the 2012 NAVY Band Symposium in Fairfax, Virginia; NASA Biennial Conferences at Illinois and Arizona State Universities, New England Conservatory’s Jordan Hall and internationally at the World Saxophone Congress in St. Andrews, Scotland. Based in New York City, New Thread has performed at Carnegie Hall, the Dance Theatre of Harlem, Tenri Cultural Institute, and the Bang on a Can Summer Festival Benefit, among other venues.

Watch the dancers spring from tutus to unitards and from pointe shoes to dancing barefoot, displaying the huge range of their talents!

Spotlight on Mary Barton:  A World Premiere for

Mary Barton's newest work, A Shepherd Singing (and I Still Heard Nothing), will receive its world premiere on April 8 at McCarter Theatre as part of our Masters of Dance & Music program.

The music for this piece, Beethoven's Symphony No. 7, will be played live by the Princeton University Orchestra.

Click here to read more about the program and Mary Barton's new piece!

REGISTER NOW TO BRING YOUR STUDENTS TO THE DODGE POETRY FESTIVAL STUDENT DAY THIS FALL!

APRIL @ SOPAC HAS SOMETHING FOR EVERYONE!

WHERE: SOPAC, 1 SOPAC Way (behind the train station), South Orange