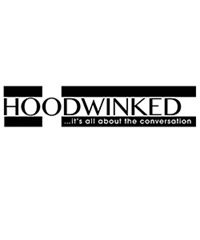 Hoodwinked is a riveting exploration of Islamist extremism sparked by the 2009 mass shooting on the Army base in Fort Hood, Texas. Created by multi-award-winning playwright Emily Mann (McCarter Theatre Center Artistic Director), the play asks: how do we make sense of the questions, confusion, and misinformation surrounding one of the most pressing issues of our time, namely global Jihadism?

The play draws from interviews, transcripts, and other primary sources.  Inspired by questions and confusion circulating in the media, Hoodwinked explores Islamism and the dangers this extremist ideology can pose not only to western nations but also to moderate/traditional Muslims around the world.  The play uses an experimental dramatic structure to weave together scenes inspired by real conversations, speeches, video, and performance of primary text and is designed to be a catalyst for discussion and political action.

Immediately following each intimately-staged presentation, McCarter will host moderated discussions with Emily Mann and expert panelists, who will engage with the play’s themes; debate cultural shifts in the Middle East, Europe, and America; address current public policy; and answer audience questions about the crisis gripping our world. More information on each performance’s panelists may be found below.


Amaney A. Jamal is the Edwards S. Sanford Professor of Politics at Princeton University and director of the Mamdouha S. Bobst Center for Peace and Justice. Jamal also directs the Workshop on Arab Political Development. She currently is President of the Association of Middle East Women’s Studies (AMEWS). The focus of her current research is democratization and the politics of civic engagement in the Arab world. Her interests also include the study of Muslim and Arab Americans and the pathways that structure their patterns of civic engagement in the U.S.

Celene Ibrahim
Celene Ibrahim is a scholar, educator, and chaplain. Ms. Ibrahim is widely published and holds a joint faculty appointment as Islamic Studies Scholar-in-Residence at Hebrew College and Andover Newton Theological School, where she co-directs the Center for Inter-Religious and Communal Leadership Education [CIRCLE]. She is honored to also serve as the Muslim Chaplain for Tufts University. Ms. Ibrahim has been recognized as a Harvard Presidential Scholar and her contributions to increasing religious literacy have been featured on diverse forums including BBC, Public Radio International, the Religion Initiative of the Council on Foreign Relations, and many other venues. Her academic interests range from Muslim feminist theology and theologies of religious pluralism, to critical social theory and the history of Islamic intellectual thought.