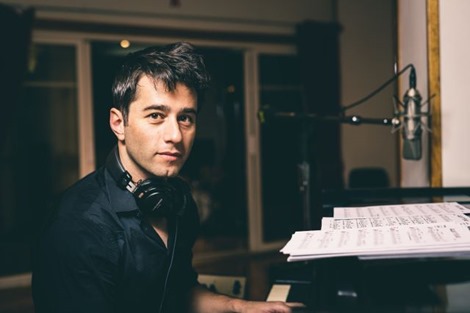 MATT BAKER IN AN OSCAR MOMENT

WHEN: Saturday, January 30 at 8pm
WHERE: Sitnik Theater of the Lackland Center, 715 Grand Ave., Hackettstown
TICKETS: $22.50 for adults and $15.00 for children under 12 in advance.  As with all concerts, jazz and special events all ticket orders increase $5.00 on the day of the performance.  CSC is also offering $5.00 tickets to middle/high school band and music students.  All ticket sales are final.

Australian Pianist Matt Baker has performed at jazz festivals, clubs and concert halls in Australia, Europe, USA and the Pacific. Aside from performing as a solo artist, he is fast becoming one of the most sought after accompanists, sidemen and Musical Directors on the New York scene.  Now he joins Centenary Stage Company to close out the January Thaw Musical Festival with An Oscar Moment .

The concert will showcase Baker’s interpretations of Oscar Peterson’s greatest work, celebrating his life, greatest hits, and some of his beautiful original compositions, honoring his legacy as a pianist and timeless, world-class composer. The two met in 2002 at the Blue Note in NYC, which was the start of a friendship and mentorship that lasted until Peterson’s death in 2007.  The show includes Peterson's original work, including some previously unrecorded compositions given to Baker by the Peterson estate.  The quartet goes on a musical journey revisiting some classic moments in Peterson's career such as accompanying Jazz legends Ella Fitzgerald and Louis Armstrong.  The show features the hits "Satin Doll", "Tenderly", "Chicago" and many other classics from the Great American songbook.

For more information or to purchase tickets visit centenarystageco.org or call the box office at (908) 979 – 0900.  The Centenary Stage Company box office is open Monday through Friday from 1 – 5pm and two hours prior to every performance.  The box office is located in the David and Carol Lackland Center at 715 Grand Ave. Hackettstown, NJ 07840.

The 2015-16 season of performing arts events at the Centenary Stage Company is made possible through the generous support of the Geraldine R. Dodge Foundation, the NJ State Council on the Arts, the Shubert Foundation, the Blanche and Irving Laurie Foundation, the Sandra Kupperman Foundation, and CSC corporate sponsors, including Premier Season Sponsor Heath Village Retirement Community, Silver Sponsors Hackettstown Regional Medical Center, Home Instead Senior Care (Washington), The Holiday Inn in Budd Lake, and Fulton Bank of New Jersey, and Centenary Stage Company members and supporters.