"Seldom Told Stories of the Delaware River": D&R Greenway Land Trust teams up with TravelStorysGPS™ to create a mobile tour 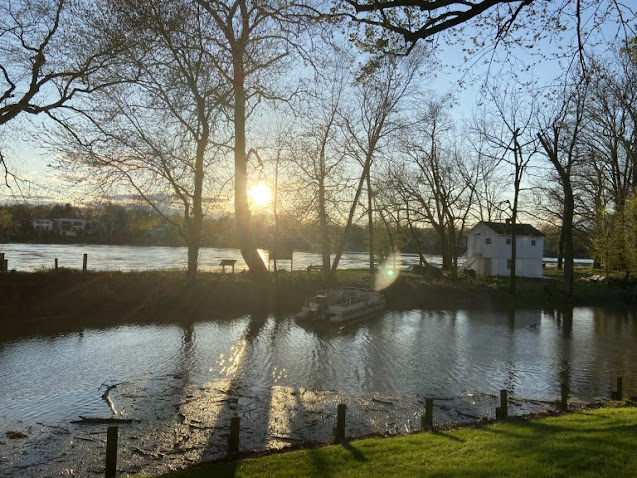 In late December 1776, George Washington stood on a rocky outcrop high above the Delaware, surveying the land and river below to make sure the boats his men had stashed on an island were hidden from sight. On Christmas night, Washington and his troops manned the boats and crossed the Delaware, then marched south to the Hessian base where they fought and won the Battle of Trenton.

Over two hundred years later, local residents, D&R Greenway Land Trust, and the Green Acres Program won another battle: the preservation of the land where Washington surveyed the river.

The setting is Washington’s Rock, which can be found on Goat Hill, not far from River Road. It is one among several stories behind landmark locations along Route 29.

That’s why D&R Greenway Land Trust and TravelStorysGPS have teamed up to create the travel tour: “Seldom Told Stories of the Delaware River.”

Travelers can navigate from either northbound or southbound routes, or they can join at any point in between. Travelers can pause the story, leave the car to visit a site and restart it when they return. The tour includes 28 points of interest including information on the region’s history, geology, preservation, open space and recreation.

“The stories we discovered while creating this tour are both surprising and inspiring.  We are launching this tour just in time for the holiday season, when people may be looking for something fun and special to do,” says Linda Mead, President & CEO of D&R Greenway Land Trust.

Referring to the story “Saved by the Marbleheaders: The Real Delaware Crossing,” writer Amy Martin discovered that General Washington’s crossing in 1776 took place with the crucial support of a multi-racial regiment from Marblehead, Massachusetts.

Other topics that intrigued writers include: 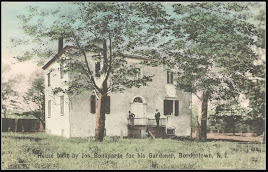 “The Delaware is not an ordinary river,” says Mead. “Some parts have received recognition as a National Wild and Scenic River. In 2020, American Rivers named the Delaware its River of the Year, hailing it as a ‘national success story’ for its dramatic revitalization and clean-up from decades of environmental degradation. Today, the river provides drinking water for more than 15 million people.”

“This tour will enrich everyone's understanding and love of the Delaware River,” says Story Clark, founder and CEO of TravelStorysGPS. “Linda Mead and her team at D&R Greenway deeply understand the connection between people, land and nature and have an impressive track record for conserving land and interpreting it in ways that matter to communities and people.”

To take the “Seldom Told Stories of the Delaware River” mobile tour, download the free TravelStorysGPS app at https://travelstorys.com/tours/.

To take an armchair tour from your computer or any device, https://travelstorys.com/tours/the-delaware-river.

All stories include photography, videos, artwork, and weblinks.

The Delaware River mobile story was directed and edited by Linda J. Mead, President & CEO, D&R Greenway Land Trust, and produced by staff member Amy Martin. The stories were researched and written by Susan Charkes, Brad Fay, Amy Martin and Maria Stahl. The stories were narrated by Mead, Martin and Heather Callahan. The tour was made possible by the sponsors William Penn Foundation, Mary Owen Borden Foundation, and PSEG.

D&R Greenway Land Trust is an accredited nonprofit that has reached a new milestone of over 22,000 acres of land preserved throughout central New Jersey since 1989. By protecting land in perpetuity and creating public trails, it gives everyone the opportunity to enjoy the great outdoors. The Land Trust’s preserved farms and community gardens provide local organic food for residents of the region—including those most in need. Through strategic land conservation and stewardship, D&R Greenway combats climate change, protects birds and wildlife, and ensures clean drinking water for future generations. D&R Greenway's mission is centered on connecting land with people from all walks of life. https://www.drgreenway.org; info@drgreenway.org. Follow the organization on Facebook and Instagram.
Posted by Ruth Ross