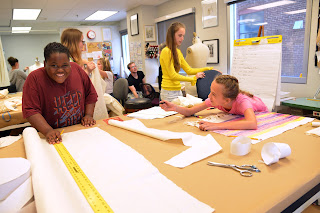 Diverse Opportunities Introduce Students to Professional World-Class TheaterCalling all New Jersey teachers and students! As the new school year begins, Two River Theater is eager to welcome back student matinees and the Have a SEAT program, the Howard Aronson Metro Scholars Program, and A Little Shakespeare during their 2022/2023 Season.

“Two River’s upcoming season includes so many meaningful opportunities for students and teachers to dive back into professional theater,” says Director of Education Kate Cordaro. “The theater buzzes with energy when students fill the theater, and we are excited to share these programs with them.”

Introducing students to professional world-class theater is an important aspect to Two River’s programming, as they believe that arts education promotes two central goals: supporting the artist within every student and building future audiences. Through those goals they inspire empathy, risk-taking and a sense of adventure, and support academic achievement and life-long learning. With that in mind, Two River’s Education Department has created various opportunities and experiences for students of all ages to participate in, including:

Students will experience high quality, professional productions created by accomplished actors, writers, directors, and designers. The themes of the plays will inspire engaging and relevant discussions for classrooms, after-school clubs, and groups. Tickets are just $15 and include:

The newly named “Have a SEAT” program (formerly No Seats Empty) is a grant-funded arts-in-education initiative that makes theater accessible to all students by providing free tickets and transportation to under-resourced schools attending student matinee performances, as well as offering them the option to attend every pre-show workshop at Two River Theater for free. Depending on the performance, qualifying students are eligible to receive up to either 30 or 50 free tickets per school. Additional tickets can be purchased at student matinee ticket prices, if available.

For ticket requests and Have a SEAT qualifications, visit https://tworivertheater.org/student-matinees/

This year-long highly competitive program, open to high school juniors from across New Jersey, is a unique opportunity for students to learn about professional theater. In addition to seeing every show in Two River’s season for free, selected students take workshops with professional artists, and assist our staff throughout the company—an immersion into theater that has made this a proven training ground for the country’s best university programs. Since 2005, 201 outstanding students have completed the Howard Aronson Metro Scholars program.
This season, the Howard Aronson Metro Scholars program will be offered as a hybrid (in-person or virtual) experience. Metro Scholars Virtual Info Session will be on September 8, all other upcoming dates and deadlines for the 2022/23 Howard Aronson Metro Scholars can be found at https://tworivertheater.org/metro-scholars/ 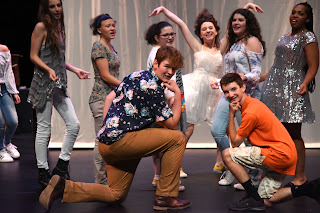 A LITTLE SHAKESPEARE: ROMEO AND JULIET
By William ShakespeareAdapted and directed by Diana M. Fathi

Celebrating ten years of engaging young theater artists with the work of the Bard! Each season, Two River Theater produces a 75-minute adaptation of a Shakespeare play—directed and designed by theater professionals and performed and supported backstage by high school students.
Auditions for actors and interviews for backstage students for Romeo and Juliet are on Saturday, October 1, 2022, by appointment only.
Information on Auditions and Backstage opportunities can be found at https://tworivertheater.org/whats-on/a-little-shakespeare-romeo-juliet/#audition-info
Learn more about all of Two River’s Educational offerings at https://tworivertheater.org/education/

Two River Theater produces a theatrical season that includes American and world classics, new plays and musicals, programs for young people, and festivals of new work. Each year, we also offer 40+ events that reflect our diverse community of Red Bank, New Jersey. Two River produces work on two stages—the 350-seat Rechnitz Theater, and the flexible 110-seat Marion Huber Theater. The theater’s recently opened Center for New Work, Education and Design is a three-story facility that includes two rehearsal studios, artist labs, classrooms, expanded shops and centrally located offices. Two River Theater has commissioned and premiered original projects including Be More Chill by Tony Award nominee Joe Iconis and Joe Tracz (the theater’s first Broadway production) and Hurricane Diane by former Playwright-in-Residence Madeleine George (which won an Obie Award for its Off-Broadway run). In June 2019, Two River was nationally recognized by USA TODAY as one of “10 great places to see a play” across the U.S. Two River serves thousands of students and community members through arts and humanities programs at the theater, in schools and throughout its region.
Posted by Ruth Ross