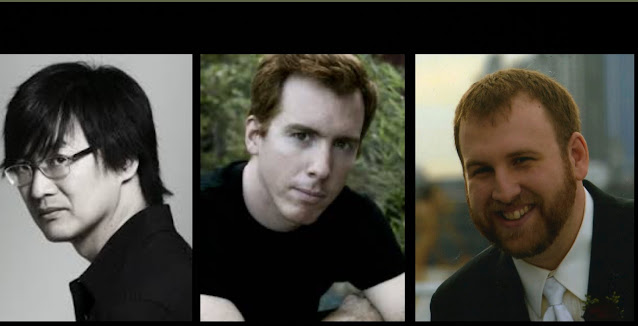 Trio Entartete
WHEN: May 10, at 7 p.m. A post-performance discussion with the artists will follow the concert, which will be available for viewing online after the initial performance date.
WHERE: The Nash Theatre at the College’s Branchburg campus, 118 Lamington Rd., Branchburg. The concert also will be streamed lived at https://www.facebook.com/RVCCMusic.
TICKETS: General admission tickets cost $15 each; admission is free of charge for students and seniors.
For advance ticket reservations, contact the RVCC Theatre Box Office at 908-725-3420. For information, call the Arts & Design department at 908-218-8876.

The Mozaika Chamber Concerts at Raritan Valley Community College will continue with a performance by the Trio Entartete. The event, which is being presented by RVCC’s Arts & Design department, will be held in t
The MOZAIKA Concert Series is designed to promote multicultural dialogue through the performance of music from the classical canon through the 21st Century. Ticket proceeds go to the RVCC Applied Music Fund to help the College’s music majors pay for private lessons on their primary instruments.

Trio Entartete is comprised of three of New York City’s most in demand performers: violist Junah Chung, pianist Eric Huebner, and saxophonist Tim Ruedeman. Their programs of entartete musik are a celebration of the life and music of a generation of composers who were suppressed by the Third Reich (their music was officially labeled "entartete," or "degenerate").
The trio’s mission is to bring awareness to this wonderfully rich and diverse repertoire from composers whose voices have been silenced far too long, as well as to programs of contemporary works written for their unique instrumentation of viola, saxophone, and piano.

Violist Junah Chung has had a dynamic and prolific career as a violist on the New York music scene. Currently the violist for Disney’s Broadway musical The Lion King, Mr. Chung was the Assistant Principal Violist of the Iceland Symphony Orchestra and Principal Violist of the Reykjavik Chamber Orchestra. He appears regularly with American Ballet Theater and has performed with the New York Philharmonic and Minnesota Orchestra. Mr. Chung is a passionate photographer and golfer. He performs on a fine Italian viola c. 1780.

Pianist Eric Huebner has drawn worldwide acclaim for his performances of new and traditional music since making his debut with the Los Angeles Philharmonic at age 17. In January 2012 he was appointed pianist of the New York Philharmonic and currently holds the Anna-Maria and Stephen Kellen Piano Chair. He has been featured in orchestral works by Lindberg, Stravinsky, Ives, Milhaud, Carter, and R. Strauss among others and regularly appears in chamber music performances with musicians from the Philharmonic at New York City's Merkin Hall. His performances have been heard on PBS and NPR, and on radio stations KMOZ (Los Angeles), WNYC (New York), Radio Bremen (Germany), ORF (Austria) and the BBC. He has recorded for Col Legno, Centaur, Bridge, Albany, Tzadik, Innova, New Focus Recordings and Mode Records. Mr. Huebner holds a BM and MM from The Juilliard School, where he studied with Jerome Lowenthal. He lives in Buffalo and New York City and is married to composer Caroline Mallonée.

A vital part of New York City’s new music scene, Timothy Ruedeman has given the premieres of over 60 new works and has collaborated closely with established and emerging composers including Louis Andriessen, Lukas Foss, Eric Ewazen, and Nico Muhly. Dr. Ruedeman is at home in many genres: he has appeared as soloist in the New York Philharmonic's CONTACT! performing Franco Donatoni’s Hot for solo sopranino/tenor saxophone and ensemble, has been a substitute musician in Broadway pit orchestras, and has toured and recorded with rock and Indie legends The Cars, Todd Rundgren, Rostam of Vampire Weekend, M. Ward, David Foster, Christopher Cross, Lou Gramm of Foreigner, Hamilton Leithauser, Denny Laine of Wings, Paul Shaffer, and The Walkmen.

The MOZAIKA Concert Series is made possible by funds from the Somerset County Cultural & Heritage Commission, a partner of the New Jersey State Council on the Arts.