Circle Players to hold auditions for "A Midsummer Night's Dream" 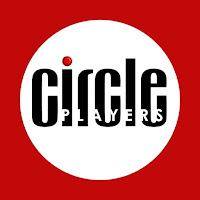 Auditions will be held by appointment only.*

*Interested auditioners must visit http://circleplayers.org/participate/auditions/ to schedule an audition time slot and complete an audition form.

Director Kirk White seeks actors of all ages to cast the following roles. Some actors will likely be double cast.

The director asks auditioners to prepare a short comedic Shakespearean monologue, but materials to audition with will also be provided for auditioners if necessary. Younger children need not prepare a monologue.

Circle Players is committed to diversity and inclusion and, as such, looks to cast performers of all races and ethnicities, gender identities, sexualities and abilities to audition.  We also acknowledge that some roles we list fall on the gender binary, but invite all performers, including those who identify as transgender and non-binary, to audition for the roles they most identify with.

Questions about the play or roles can be directed to circleplayersnj@gmail.com