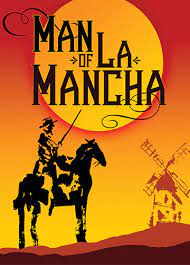 The Theater League of Clifton will hold auditions for its mainstage production of the Broadway classic
Man of La Mancha
WHEN: May 5, 6, 7 and call backs on May 9. Audition sessions will run from 7-9 p.m. except for Saturday, May 7, 1-3 p.m.WHERE: Living Hope Presbyterian Church, 303 Maplewood Ave., Clifton

The cast of approximately 20 performers will include the main characters, Don Quixote, Sancho Panza and Aldonza, and an ensemble of prisoners that double as various other supporting characters.

Maren Sugarman (left, with John Traier) will direct the musical, while Steve Zimmerman serves as the musical director. John Traier is the producer.
The show will be staged at the Clifton High School auditorium, 333 Colfax Ave., on July 15, 16, 17, 22, 23 and 24.