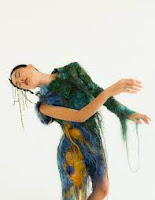 A native of Seoul, Korea, choreographer and dancer Chaery Moon is immersed in both classical ballet and contemporary dance, and mines her choreographic inspirations from painting, sculpture, light, music, and nature. After earning a BFA from The Juilliard School, she danced professionally with Ballet de l’Opéra de Lyon in France. She returned to academia and holds an MFA in Dance and Technology from NYU’s Tisch Dance. Armed with a diverse array of experiences in the arts, she forges her choreographic path by bringing together physical movement and the complexities of what it is to be human. Her dances are further enhanced by the interactive art, technology, and film she creates, as well as by multimedia collaborations with composers, costume designers, and visual artists.
Algorithm
What if machines have souls? Are they capable of making their own decisions and having emotional feelings?

*Algorithm is made with the New York Foundation of the Arts’ City Artists Corps’ Grant and a residency at Downtown Brooklyn.

Yuki Ishiguro, Japanese native, artistic director of dance company ""Yu.S.Artistry," trained ballet to Break dance in Japan, then moved to NY in 2009 to study contemporary dance. From his experiences he created his own dance style and signature movements, which has been praised by several dance reviews. Yuki has worked and toured with Roxey ballet, Catapult entertainment, Emery LeCrone dance, etc. Also, he has created and presented his own pieces. From 2018 Yuki started his own company, Yu.S.Artistry fiscally sponsored by New York Live Arts.

The Inner Light premiered in 2019.

LOSS looks within the human spirit. We are bombarded with news, frequently unwelcome news. Our spirits deflate. We risk paralysis amid fears that we cannot do anything to change our world. Having a positive attitude/approach and allowing time to heal can be helpful. Empowering the human psyche and nurturing perpetual hope are the primary goals of this piece. 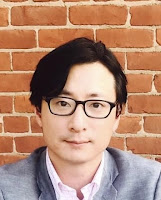 Seyong Kim is originally from Seoul, South Korea and is currently an Assistant Professor of Dance at Western Michigan University (Kalamazoo, MI). He holds an MA in Dance Education from New York University and an MA in Dance from Sung-Kyun-Kwan University in South Korea. He is a CMA (Certified Movement Analyst) from Laban/Bartenieff Institute of Movement Studies, a RSME (Registered Somatic Movement Educator) at ISMETA (International Somatic Movement Education and Therapy Association), and a PBT (Progressing Ballet Technique) Certified Teacher. Seyong is an ABT® Certified Teacher, who has successfully completed the ABT® Teacher Training Intensive in Primary through Level 7 of the American Ballet Theatre’s National Training Curriculum. Additionally, he earned a Diversity and Inclusion Certificate from Cornell University.

The Moon reflected in the East Sea is a solo contemporary dance performed by a female dancer in commemoration of So-nyeo-sang (Statue of Peace) in Korea. The Statue of Peace was erected to call for apology and remembrance. This is a symbol of the victims of sexual slavery, known as comfort woman by the Japanese military until the end of Pacific war that took place in World War II. East Sea is a political region between Korea and Japan of East Asia. Utilizing these themes regarding the diplomatic issue, this piece is not intended to reexamine international conflict in East Asia but to move forward with new insight of a peaceful co-existence in globalization. The Moon reflected in East Sea premiered at Western Michigan University (Kalamazoo, MI) in 2021, and this performance is dedicated to the late Nai-Ni Chen.

Born in Taiwan and raised in Hawai’i, Linda Kuo’s upbringing is influential in her artistry and creative approach. Dancing the Hula helped cement her belief in dance as the backbone of cultural identity and resilience. Her choreography addresses social and cultural issues while fusing contemporary, Street and cultural dances with a strong emphasis on authentic & diverse storytelling. As a choreographer, Linda's work has been presented on stages in NYC, Hawai’i and abroad, including Shanghai World Expo 2010, US Embassy in China, The Contemporary Museum of Honolulu, Honolulu Academy of Art, NYC 10 / NYC Dance Week, Triskelion Arts SummerFest, Oahu Fringe Festival, Honolulu Biennial 2019, International Human Rights Festival, and Jazz at Lincoln Center.

Prayer is an excerpt of our work-in-progress, Edible Tales, a multimedia dance installation that explores cultural heritage, social justice and sustainability. Prayer honors our individual connections with our ancestors and explores the common practices of ancestral worship and celebration in many cultures. We would like to dedicate this performance particularly to Nai-Ni Chen.

Mamiko Nakatsugawa is a dancer, choreographer, collaborator, and yoga teacher from Miyagi, Japan. She is currently working for Jon Lehrer Dance Company as a company member since 2019. She had opportunities to work with various artists such as Paul Taylor, Jim Cooney, Merete Muenter, Matthew Westerby, Katherine Maxwell, Peter Chen, Omri Drumlevich, and so on. Not only dance theatre, but she also appeared in musical theatre nationally and internationally; Anne of Green Gables (Japan National Tour ensemble), Cabaret (Kit Kat Girls), South Pacific (Liat). As an artist and model, she has worked with companies and designers such as Google, Sunday SoHo, and Moonstruck Design.

Shedding is choreographed by Mamiko Nakatsugawa in 2022, exploring the idea of shedding the skin to grow out from the old mold that you were fitted in. As humans, we don’t shed our skin to grow like snakes do. But what if I shed my memory and leave the detailed skin as I was and as I felt? What if I shed for good, even if it hurts?"

Rathi Varma was born and raised in Mumbai, India. She started dancing at the age of 15 alongside pursuing her Diploma in Visual Arts and working as an Illustrator. In 2018, she moved to New York to pursue her career in Dance professionally at Peridance Center. Since 2019, she's had the opportunity to perform with various companies and choreographers, namely Apollonia and Dancers, Dance into Light by Dina Denis, 9/11 Table of Silence Project and Anabella Lenzu. Currently. Rathi is a part time Teaching Artist with DMF Youth Inc, a nonprofit organization serving underserved youth through dance, fitness and life skill development.

Table for Two
In your quest for love, you embark on a journey of empty conversations, meaningless swipes and obligatory small talks. Lured by a plethora of dating apps and matrimonial sites, dating can be a challenge in an overwhelming city like NYC. Table for Two talks about my desire for love and companionship met with heartbreaks, disappointments and sometimes the cold New Yorker response. I’m constantly questioning the authenticity of human connection masked behind a virtual persona of someone’s best profile picture and intelligent statements. In a city where friendliness and loneliness are two sides of the same coin, finding a connection can be conflicted by our fast-paced lifestyles, relationships expectations and lack of commitment.

About the Nai-Ni Chen Dance Company

Bringing the dynamic freedom of American modern dance together with the elegant splendor of Asian art, the Nai-Ni Chen Dance Company is one of the most visible Asian American dance companies in America. Ms. Chen's unique choreography transports audiences beyond cultural boundaries to the common ground between tradition and innovation, discipline and freedom, and form and spirit.

Since its inception in 1988, the company has earned a broad base of public support and has toured extensively to major performing arts centers throughout more than thirty states. Presented by some of the most prestigious concert halls in the United States, from the Joyce Theater in New York to the Ordway Center in Minnesota and the Cerritos Center in California, the Company has mounted more than twenty national tours and nine tours abroad. Ms. Chen’s work has been presented by such acclaimed international festivals as the Silesian International Contemporary Dance Festival and the Konfrontations International Dance Festival, both in Poland, the Chang Mu International Arts Festival in Korea and the Meet in Beijing International Arts Festival. The Company was also honored by a distinctive grant award from both the President's Committee on Arts and Humanities and the Department of State to represent the United States in a seven-city tour arranged by the Tamaulipas International Arts Festival in Mexico. Also, the Nai-Ni Chen Dance Company has the unique honor of having received more than fifteen awards from the National Endowment for the Arts and numerous Citations of Excellence and grants from the New Jersey State Council on the Arts.

In addition to its extensive season of touring and performing, the company has developed Arts in Education residency programs in school districts to bring culture and arts into educational settings. It’s colorful and engaging in-school assembly program “The Art of Chinese Dance” has been presented in hundreds of schools in NJ, NY, CT and PA, reaching hundreds of thousands of youth. The Company is currently in-residence at New Jersey City University and assisting NJCU in the development of a new BFA in Dance.
Posted by Ruth Ross