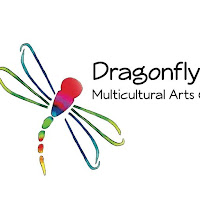 Need a laugh, a bit of drama, some food for thought? Then shake off the winter blues at Dragonfly Multicultural Arts Center’s
Stages: Short Play Festival
WHEN: April 1 to 3, 2022, Friday and Saturday at 8pm and Sunday at 3pm
WHERE: duCret School of the Arts, 1030 Central Ave, Plainfield
TICKETS: $15 for adults, $10 for students and seniors. For more info 908-930-3210.Tickets available at the door or at https://www.dragonflyartsnj.org/purchase-tickets


Dragonfly, a nonprofit community theater, is presenting world and US premiere one-act plays this spring. The playwrights are from as far away as Gibraltar and as close as Metuchen, and the plays all examine stages of life or stages of performing. 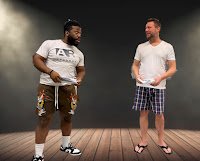 Ten Minutes is by Julian Felice, a playwright from Gibraltar. The tragicomedy tells the story of two characters attempting to make the most of their brief existence—the ten minutes they exist in the play. It is directed by Dragonfly Artistic Director Catherine LaMoreaux. (Right: Manny Simmons and Vernon Loria)

In twang by Chris Eli Blak of Louisville, Kentucky, the focus is on the interaction between a small-town store clerk in Texas and the country music loving Black man passing through. Their conversation becomes one of passions, dreams, differences, and the limitations of labeling ourselves. twang is directed by Diane L. Parker. 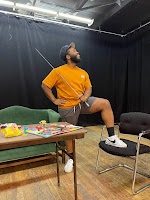 Dungeons by Matt Levy of New York City centers on Dungeons and Dragons master Ashley who desperately wants her younger, house-arrested brother to take the game as seriously as she does. Directed by Dragonfly Artistic Associate Anna Paone. (Right: Immanuel Simmons)

Lady Macbeth is a Freshman in the Ensemble by Molly Babos of New York City and Metuchen, takes on the drama of high school productions. The rehearsals are all business as usual until freshman Jaycee finds out her director’s biggest secret and decides it’s her time to shine. Directed by Dragonfly member Julia Stibich.

For more information on the playwrights check out Dragonfly Multicultural Arts Center on Facebook or the Dragonfly web site DragonflyArtsNJ.org.

Dragonfly is committed to multiculturalism and diversity along with development of new plays. All of the Stages plays are world premieres with the exception of Ten Minutes, which is a U.S. premiere.
Posted by Ruth Ross