WHEN: Saturday, April 2, from 2:00 pm – 5:00 pm
WHERE:  the President Circle Room of the Lackland Performing Arts Center at 715 Grand Avenue, Hackettstown, NJ on the campus of Centenary University.
ADMISSION: This event is free to the public and reservations are strongly encouraged.
For those who attend the Writing Workshop, tickets will be $10.00 each for the Saturday, April 2, performance at 8:00 pm.
For more information, go to centenarystageco.org or call the Centenary Stage Company’s box office at (908) 979-0900. 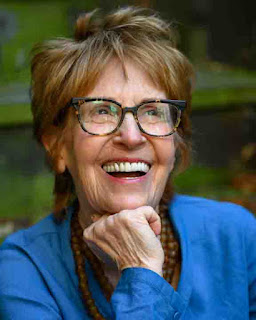 Ruth Kirschner has been a finalist in the Eugene O’Neill National Playwrights Conference, CulturalDC’s Source Festival, and the Humana Short Play Festival. Her one-act play Fifteen Notes was produced at the Ensemble Studio Theatre, directed by Curt Dempster. Other one-acts have been produced at L.A.’s West Coast Ensemble; the Actor’s Theatre of Santa Rosa; San Francisco’s Cutting Ball Theatre; The San Francisco Fringe Festival (2 Best Play Awards); SF’s Phoenix Theater; The Marin Fringe Festival (2 Best Play Awards). Her full-length play Remember Me was part of Centenary Stage Company’s 2004 Women Playwrights Series, and her play Whippoorwill, also in the WPS in 2019, is now being produced by Centenary Stage Co., opening March 31, 2022. Ruth was sponsored by the Marin Shakespeare Company to work weekly from February 2019 - January 2020 with incarcerated veterans and civilians at San Quentin State Prison. This was an improv & storytelling workshop. On December 16, 2021, the group performed The Field, Ruth’s full-length play based on their stories.

Ruth Kirschner’s play The Field has been nominated for the 2022 Pulitzer Prize for Drama. Wanting to ensure that all voices are acknowledged, the playwright tells us that the play is “based on verbatim stories told to me by incarcerated veterans currently serving time at San Quentin prison.”

Ruth is a member of the Dramatists Guild, the Community of Writers (at Squaw Valley), and is a longtime participant in Will Dunne’s Dramatic Writing Workshops. Her plays have been developed twice at The Last Frontier Theatre Conference, and her solo works-in-progress have been staged at San Francisco’s Marsh Theatre. In August 2020 Ruth wrote and produced Cecelia Delivers, three Public Service videos still available for view on YouTube, Facebook, Twitter.

Working for Henson Associates (HA) (The Muppets) as an animator in her psyche’s formative years helped make her a writer! (Thank you, Miss Piggy). Early studies with Olga Heifetz (piano) and Elie Siegmeistter (composition) also inform her writing style. Besides current work with teen writers, Ruth has frequently taught adult creative writing summer workshops at The Putney School in Vermont. Last and hardly least, Ruth says that studying Early Childhood Development at Bank Street College, founding and directing a children’s school, having a daughter and being with, listening to children—these have been her best ongoing sources of inspiration, discovery and activism. 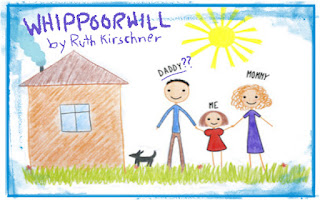 Performance dates and times for Ruth Kirschner’s Whippoorwill are Thursdays, March 31 and April 7 at 7:30 pm; Fridays, April 1 and 8 at 8:00 pm; Saturdays, March 2 and 9 at 8:00 pm; and Sundays, April 3 and 10 at 2:00 pm. Tickets range from $25.00 to $27.50 for adults with discounts available for seniors, students, and children 12 and younger, and Thursday evening performances. Those who are unable to attend in-person, a performance of Whippoorwill will be live streamed on Saturday, April 9, at 8:00 pm. Live stream links are available for purchase for $10.00 each.

For more information, or to purchase tickets visit centenarystageco.org org. The Centenary Stage Company box office is open Monday through Friday from 1 – 5 PM and two hours prior to all performances. The box office is located in the Lackland Performing Arts Center on the campus of Centenary University at 715 Grand Ave. Hackettstown, NJ. Centenary Stage Company can also be found across social media platforms; Facebook, Tik Tok, Twitter and Instagram. Like and follow to receive the latest in CSC news and special offers.

This event is part of the New Jersey Theatre Alliance 2022 Stages Festival, made possible by support from the New Jersey State Council on the Arts, a partner agency of the National endowment for the Arts; Bank of America; The Horizon Foundation for New Jersey; OceanFirst Foundation; New Jersey Historical Commission. www.njtheatrealliance.org/stages