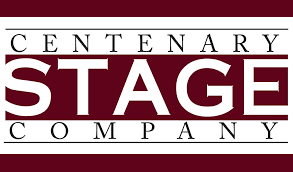 Centenary Stage Company is selling tickets for their upcoming production,
Meteor Shower
by Steve Martin
WHEN: February 18 through March 6, Thursdays, February 24 and March 3, at 7:30 pm; Fridays, February 18 and 25 and March 4, at 8:00 pm; Saturdays, February 19 and 26 and March 5, at 8:00 pm; and Sundays, February 20 and 26 and March 6, at 2:00 pm. WHERE: Sitnik Theatre of the Lackland Performing Arts Center at 715 Grand Avenue, Hackettstown, NJ on the campus of Centenary University.
TICKETS: range from $25.00-$29.50 for adults with discounts available for seniors, students, and children 12 and younger. The preview performance of Meteor Shower by Steve Martin on Friday, February 18 at 2:00 pm will also have a special offer for Hackettstown Residents with proof of address.
For more information, go to centenarystageco.org or call the Centenary Stage Company’s box office at (908) 979-0900.

Corky and Norm are excited to host Gerald and Laura at their home in the valley outside Los Angeles to watch a once-in-a-lifetime meteor shower. But as the stars come out and the conversation gets rolling, it becomes clear that Gerald and Laura might not be all that they appear to be. Over the course of a crazy, starlit dinner party, the wildly unexpected occurs.

Well-known comedian, actor, and producer Steve Martin is no stranger to the world of writing. Martin wrote and starred in his debut film, the Academy Award-nominated, The Absent-Minded Waiter. Other works by Martin include the play Picasso at the Lapin Agile, as well as collaborative work with Carl Reiner on The Jerk, Dead Men Don’t Wear Plaid, The Man with Two Brains, and All of Me. Currently, Martin co-created a new Hulu original comedy series Only Murders in the Building with comedian Martin Short and Selena Gomez.

Directing this production is Centenary Stage Company’s own Artistic Director, Carl Wallnau. Among many credits on and off the stage, Wallnau most recently directed and starred as Scrooge in the CSC 2020 World Premiere as well as the 2021 production of Stephen Temperley’s A Christmas Carol. Wallnau has worked extensively at numerous regional theatres including Paper Mill Playhouse, Second Stage in NYC, People's Light, The Lark Theatre, The Pennsylvania Shakespeare Festival, Hartford Stage, Bristol Riverside, Forum Theatre, Premiere Stages, Orlando Shakespeare Company, Arts Center of Coastal Carolina, Foothills Playhouse and 14 months on the road with the First National Tour of Titanic.

The Centenary Stage Company box office is open Monday through Friday from 1 – 5 PM and two hours prior to all performances. Those unable to attend, send resumes, headshots, and reels to boxoffice@centenarystageco.org Att: Casting. The box office is located in the Lackland Performing Arts Center on the campus of Centenary University at 715 Grand Ave. Hackettstown, NJ. Centenary Stage Company can also be found across social media platforms; Facebook, Tik Tok, Twitter and Instagram. Like and follow to receive the latest in CSC news and special offers.