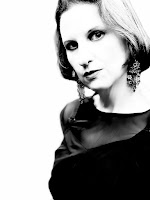 “We are coming back home to the place where we belong: the stage,” said Sangare. “One of the best ways to enter the world after the pandemic is to put a spotlight on our lives. This is the greatest gift we miraculously still have, and it is something we should be reminded of as long as we live.”

From its inception, United Solo has been committed to presenting and promoting solo shows as a way to treasure individual journeys and experiences. Sangare’s extensive directorial career spanned shows such as A Streetcar Named Desire, The Crucible, and August: Osage County for Williams Theatre. Additionally, he is a board member of the Williamstown Theatre Festival, the author of six books, and the chair of the Department of Theatre at Williams College.

The collaboration between Bailey and Sangare grew out of their shared passion for American popular songs and singers as well as the glamor and excellence in stage performance of European chanteuses like Edith Piaf or Ewa Demarczyk. “What excited us was the dramatic possibilities of taking a variety of compelling songs and collaging them in order to tell the story of a survivor. This story reflects on what was lost and what can still be found,” said Bailey.

Five Minutes is being presented as part of United Solo’s 2021 Festival.

Wendy-Lane Bailey has a classic pop voice and a rather cavalier attitude towards the idea of genre. Wendy-Lane’s debut solo recording, Breathing, was produced by composer, arranger, and pianist Michele Brourman. Her performances in venues across the country have earned critical praise for her versatility and sophistication, and she has appeared as a guest artist on multiple recordings, including those of pop legend Leslie Gore and Broadway’s Susan Egan. She received her training at the American Academy of Dramatic Arts, HB Studios, and the Eugene O’Neill Theatre Center. Off-stage, Wendy Lane is a creative advocate for artists. While living in Washington, D.C., she founded a regional networking organization for musicians. For five years, Wendy Lane was the Associate Director of the Cabaret Conference at Yale University. She is the recipient of a 2007 Bistro Award for outstanding achievement. In addition to her work as a performer, she teaches and consults both privately and in masterclasses for singers of all genres, and she works with various companies developing, directing, and producing. www.wendylanebailey.com 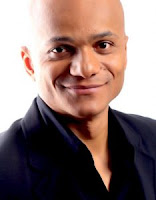 Dr. Omar Sangare is a Polish-American producer, director, writer, and educator. A graduate of The National Academy of Dramatic Art in Warsaw, he studied with the Oscar-winning director Andrzej Wajda. Awarded a scholarship to The British American Drama Academy in Oxford, England in 1994, he worked with, among others, Michael Kahn, Jeremy Irons, Derek Jacobi, and Alan Rickman. Currently, a tenured full Professor and Chairperson in the Department of Theatre at Williams College, he is also the Founder and Artistic Director of the United Solo Theatre Festival. Dr. Sangare holds many film, television, and radio credits. For his one-man drama “True Theater Critic,” he was voted Best Actor by the New York International Fringe Festival in 1997. The same year, Sangare was invited to the Jerzy Grotowski Theater in Wroclaw, Poland, where he won four prizes at the oldest solo Theater Festival in the world. His award-winning monodrama was presented in Poland, Canada, England, Ukraine, Germany, and the United States. Professor Sangare was selected by the U.S. Department of State for a video project that appeared as part of President Barack Obama's trip to Poland in May 2011. He is a proud father of his son Maximilian, and a cousin of Oumou Sangare, a Grammy Award-winning singer.
Posted by Ruth Ross