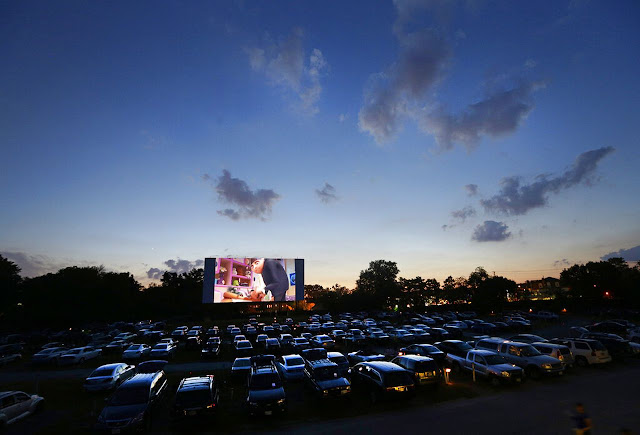 WHEN: Wednesday, September 8, at 7pm–September 11, 8:15PM; virtually offering films September 13-19, 2021
WHERE: Drive-in at Fort Monmouth (Expo Theater, Avenue of Memories, Eatontown) and Basie Center Cinemas, 99 Monmouth St., Red Bank
TICKETS: All Access Passes for $99 and Online Only Pass for $39
All access passes are available now and include admission to all in-person films, drive-in movies, panel discussions, and filmmaker networking events with select open bar specials. All-Access Pass Holders will also be given access to the virtual film festival the week after ISFF. Online only passes are available and give you access to all the amazing films participating in the virtual festival between the dates of September 13-19th. (60+ films). Passes can be purchased through https://indiestreet2021.eventive.org/passes/buy

The Indie Street Film Festival (ISFF)  will add feature documentary WorkHorse Queen to its line-up. The film’s star, drag queen Mrs. Kasha Davis, will introduce the film with a brief performance. Directed by Angela Washko, Workhorse Queen tells the story of telemarketing manager by day and drag queen by night, Ed Popil, who finds his life changed forever after being cast on RuPaul’s Drag Race.

The festival will open in-person with ALIEN ON STAGE, directed by UK-based filmmakers Danielle Kummer and Lucy Harvey, to be screened at the festival’s Drive-In at Fort Monmouth (Expo Theater, Avenue of Memories, Eatontown).

On Friday, September 10, at 7pm, at the Fort Monmouth Drive-In, ISFF will screen 2 documentaries about fierce female-only teams in unique arenas. QUEENS OF PAIN, directed by Cassie Hay and Amy Winston, about an all-female roller derby league in New York, will be preceded by short documentary film THE MISSFITS by Ellie Wen, about an all-female robot building team. The Queens of Pain filmmakers will be in attendance to provide a live intro.

SPECIAL GUEST APPEARANCES AND EVENTS WILL INCLUDE:

The Indie Street Film Festival has made it a point to bring the best international and American made short films to the big screens of Red Bank. This year attendees will have access to films from 22 different countries to show a wide array of personal perspectives and filmmaking techniques. DAVID, a short film directed by Zach Woods, starring Will Ferrell, will be presented as a part of the narrative short film program Family Bonds screening in-person in Red Bank, and has already been widely acclaimed on the festival circuit this year, including being on the Oscar shortlist.

It's the summer of 1986. Erik (Andrew Eakle) is the shy, quiet type—but far more passionate than most teenagers when it comes to God and rock-n-roll. His dream comes true when he is asked to run sound for his favorite band, 316—a Christian hair metal band made up of older kids from his church.

When Rakel finds out, way too late, that she’s six months pregnant after a not-so-romantic one-night stand, her world changes.

A satirical feature comedy that follows six disparate characters with nothing to lose as they face off in a bizarre competition for a slightly used habanero-orange compact sport utility vehicle.

THIS IS NOT A WAR STORY
Writer/Director: Talia Lugacy

THIS IS NOT A WAR STORY tracks a ragtag group of combat veterans in New York whose anti-war art, poetry and papermaking keep them together, despite the specter of their friend’s suicide and the ever-crystalizing fact that healing from war is sometimes an impossible mission.

Zola (newcomer Taylour Paige), a Detroit waitress, strikes up a new friendship with a customer, Stefani (Riley Keough), who seduces her to join a weekend of dancing and partying in Florida.

When a British bus driver’s amateur stage adaptation of Ridley Scott’s ALIEN somehow makes it to a famous London theatre, will the homemade homage win over the crowd?

One of the most successful teams in New York sports history, Gotham Girls Roller Derby is a feminist powerhouse of elite athletes, misfits, and renegades. QUEENS OF PAIN follows three skaters — Suzy Hotrod, Evilicious, and Captain Smack Sparrow — as they battle the constraints of being a woman in America while fighting for the coveted Golden Skate.

AT THE READY
Director:  Maisie Crow

A deep dig into the crates of the vinyl record resurgence to discover what an old technology says about our relationship to music and each other in a divided time in America.

NARRATIVE SHORTS PROGRAM: BECAUSE I CARE
Characters showing the lengths they’ll go for others—and to save themselves.

NARRATIVE SHORTS PROGRAM: RISKING IT ALL
An exploration of what it means to put it all on the line.

DOCUMENTARY SHORTS PROGRAM
True life stories from across the globe.

ANIMATED SHORTS PROGRAM
An array of techniques and storytelling for both adults and families.

For a complete schedule of programming, including short film selections, and to purchase festival passes, please visit www.indiestreetfilmfestival.org.

INDIE STREET INSTITUTE is a non-profit organization formed to create interactive art & film experiences that challenge people to connect with and be inspired by new ways of thinking. The organization’s flagship event, THE INDIE STREET FILM FESTIVAL, brings the most talented storytellers from across the globe to the screens of Red Bank, NJ.  Born from a cooperative of filmmakers, Indie Street Film Festival combines top-notch independent cinema with industry discussions, live art and music experiences, and social gatherings that look to spark important conversations within our diverse communities. For more details on festival events: indiestreetfilmfestival.org

Basie Center Cinemas continues the Count Basie Center for the Arts’ rich tradition of preserving and promoting the arts in our community. Independent and major studio films, workshops, classes and film festivals are all part of the Basie Center Cinemas experience. For information, advance tickets, showtimes, theater rentals and more, visit www.basiecentercinemas.org