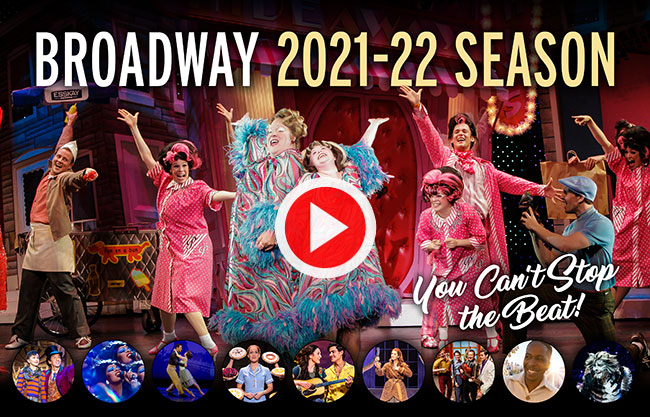 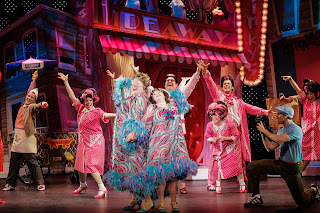 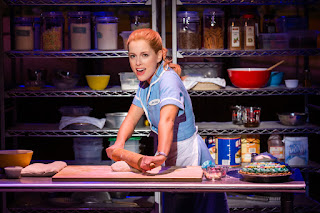 State Theatre New Jersey is offering season tickets to its Broadway Series. Season ticket holders are able to order their series tickets now before single tickets go on sale to the general public on September 1. They are also able to secure some of the best seats in the historic theater and those seats will remain theirs, year after year, for as long as they remain season ticket holders. Season tickets also come with many added benefits such as 20% savings off single ticket prices—like getting one Broadway show free—ticket exchanges within the series, and a bring your friends discount that allows single tickets (once on sale) to be added on at a 15% savings off single ticket prices.

Broadway show tickets are currently only available through our season ticket program. Single tickets to the Broadway shows will go on sale on September 1.

For Broadway Season Tickets, email Concierge@STNJ.org; call our Season Ticket Hotline at 732-247-7200, ext. 555; or schedule an appointment at STNJ.org/Concierge.

Upgrades and renovations to the historic 100-year-old State Theatre include brand-new theater seats, renovated lobbies, all new restrooms with touchless technology, upgraded HVAC systems, and a new elevator for access to all levels.

State Theatre was built in 1921 as a silent film and vaudeville palace. Recognizing the historic significance of the theater, PBS honored State Theatre New Jersey by featuring it in its documentary series, Treasures of New Jersey, in the fall of 2018. “Treasures of New Jersey: State Theatre New Jersey” can be streamed at STNJ.org/History. Today, State Theatre is the largest performing arts center in Central New Jersey and has welcomed six million people through its doors since reopening as a non-profit performing arts center in 1988. State Theatre New Jersey is a cornerstone of the cultural vitality of Middlesex County, and averages a total economic impact on New Brunswick and the surrounding area of more than $18 million a year. The mainstage programs have featured high-caliber artists such as Diana Ross, Tony Bennett, Kevin Hart, Ringo Starr, Melissa Etheridge, John Leguizamo, Harry Connick, Jr., Diana Krall, and Crosby, Stills & Nash. Program offerings include Broadway, orchestra, family, dance, comedy, rock/pop, jazz, Performances for Schools, and Sensory-Friendly Performances.