Broadway Legends Patti LuPone, Audra McDonald and André De Shields to be honored by The Theatre World Awards on July 11

A night of legends!

The Theatre World Awards, Board of Directors, Dale Badway, President, in association with Tom D’Angora, Michael D’Angora and Tim Guinee, announced today, as a departure from the annual awards ceremony, will present a virtual event to honor Broadway's best with a Special Gala Award Benefit to help raise funds for the prestigious Theatre World Awards.

The ONE-NIGHT ONLY Special Gala Benefit will be a celebration of 75 years of the Theatre World Awards and a passionate heartfelt fundraising drive to keep the Theatre World Award legacy alive and thriving for generations to come. The evening's entertainment will call upon an array of Theatre World Alum who will share their thoughts about their breakout debut performance, or about what it felt like to be honored with a Theatre World Award. All proceeds from the event will go toward presenting and celebrating the theatre community with the much anticipated in person, in theater annual ceremony, the 76th Theatre World Awards, in June 2022.

The special event will be hosted virtually by BroadwayWorld.com on Sunday evening, July 11, 2021 beginning at 7:00PM. Free stream available at www.broadwayworld.com

The Theatre World Awards relies on the support and contributions of its alumni and donors. Donations may be made by visiting the Go Fund Me link at https://gofund.me/cf2604da.

This year The Theatre World Awards will honor Patti LuPone and André De Shields (Hadestown) with the 8th Annual John Willis Awards for Lifetime Achievement in the Theatre for their ongoing excellence and contribution to the theater.

Patti LuPone has a versatile career that spans across film, television, and theatre. On television, LuPone has made memorable turns on Netflix’s “Hollywood,” Showtime’s “Penny Dreadful,” the HBO series “Girls,” and the FX drama hits “American Horror Story” and “Pose.” Additional television credits include “Crazy Ex-Girlfriend,” “Law & Order: SVU,” “30 Rock,” “Army Wives,” “Ugly Betty,” “Will & Grace,” and “Oz,” among others. She has voiced characters on the animated series Steven Universe, “Vampirina” and “Bojack Horseman.”

André De Shields is the triple-crown winner of the 2019 awards season, having won the Outer Critics Circle, Drama Desk, and Tony Awards for best featured actor in a musical for his critically acclaimed performance as Hermes in Hadestown. The Actors' Equity Foundation followed suit with the Richard Seff Award, honoring veteran stage actors' best supporting performances of the year. Prior to his Tony Award win, Mr. De Shields was best known for his show-stopping performances in four legendary Broadway productions: The Wiz, Ain't Misbehavin' (Emmy Award), Play On! (Tony Nomination), and The Full Monty (Tony Nomination). In a career spanning fifty-one years, he has distinguished himself as an unparalleled actor, director, and educator, receiving in 2018 the 8th Annual Off-Broadway Alliance Legend Award, and the 33rd Annual Bob Harrington Life Achievement Bistro Award. andredeshields.com

It was also announced, Theatre World Alum Audra McDonald (Carousel) will receive the Dorothy Loudon SPECIAL Award for Excellence in the Theater to honor her overall excellence and contribution to the theater world. 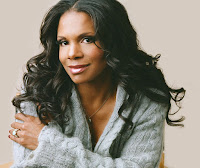 Audra McDonald is unparalleled in the breadth and versatility of her artistry as both a singer and an actor. The winner of a record-breaking six Tony Awards, two Grammy Awards and an Emmy, in 2015 she received a National Medal of Arts from President Barack Obama and was named one of Time magazine’s 100 most influential people. She won Tonys for her performances in Carousel, Master Class, Ragtime, A Raisin in the Sun, The Gershwins’ Porgy and Bess and Lady Day at Emerson’s Bar & Grill, which also served as the vehicle for her Olivier-nominated 2017 West End debut. A founding member of Black Theatre United, board member of Covenant House International, and prominent advocate for LGBTQAI+ rights, her favorite roles are those performed offstage, as an activist, wife to actor Will Swenson, and mother.

The Dorothy Loudon Award for Excellence in the Theater honors an Outstanding Performance in a Broadway or Off-Broadway production. Dorothy Loudon, who had the unique talent of being able to make audiences laugh and cry, made her Broadway debut in Nowhere to Go But Up for which she received a Theatre World Award for her performance. She received a Tony® Award for her incomparable performance as ‘Miss Hannigan’ in Annie, and went on to triumphs originating roles in Noises Off, West Side Waltz, and Michael Bennett’s Ballroom.

In what has become a highly entertaining and often touching tradition, 12 previous winners serve as the presenters, and often relive moments from past ceremonies and share wonderful stories rarely heard at other theatrical awards. Many people feel that this is the most fun and enjoyable awards show of the Broadway season! The historic 76th Theatre World Awards Ceremony will celebrate past and present honorees showcasing the historic heritage of our organization.