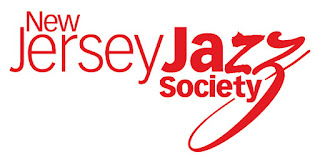 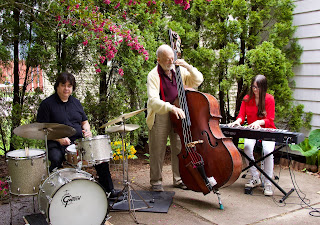 THE GENERATIONS OF JAZZ TRIO

WHEN:  Saturday, June 26, 7-8 PM
WHERE: streamed on the New Jersey Jazz Society website, www.njjs.org, as well as on the NJJS Facebook page and YouTube channel.
ADMISSION: There is no admission charge, but donations are welcome and encouraged.

The Generations of Jazz Trio first played together in November 2015 at the Hyatt Regency Hotel in New Brunswick, NJ. Then, keyboardist Leonieke Scheuble was 13 years old. Now, she’s 19, and, along with 93-year-old bassist Bill Crow and her 58-year-old father, drummer Nick Scheuble, Leonieke will be performing at the New Jersey Jazz Society’s next Virtual Social.

Bill Crow, a resident of New City, NY, is a living history of the bass, having played with practically everyone—Gerry Mulligan,  Stan Getz, Bob Brookmeyer, Zoot Sims, and Marian McPartland, to name just a few. Nick Scheuble’s influences range from Gene Krupa to Grady Tate, and he has performed in a variety of settings with a variety of jazz artists including saxophonists Don Braden and Eric Alexander and keyboardist Mike LeDonne. Leonieke Scheuble is finishing her freshman year at William Paterson University (her father’s alma mater), and pianist Bill Charlap,  WPU Director of Jazz Studies, calls her “a humble and dedicated student of the music.”

Weekly rehearsal sessions in the backyard of the Scheubles’ Rockaway, NJ, home, have, according to Nick, “turned into an event, a jazz hang. Everybody wants to play with Bill.” Among those who have dropped by: pianists David Braham and Tomoko Ohno; guitarists Ilya Lushtak, Flip Peters, and Charlie Sigler; percussionist Chuggy Carter; and trumpeter Rick Savage. Added Leonieke: “Bill always comes an hour early. We get pizza with meatballs. We play tunes and talk. And, we have coffee. He likes a dash of Kahlua in his coffee.”

Funding for the NJJS Socials has been made possible in part by Morris Arts through the N.J. State Council on the Arts/Department of State, a partner agency of the National Endowment for the Arts.