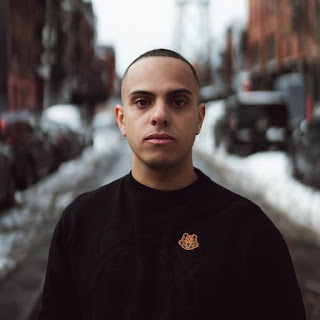 WHEN: The music video will be released on Saturday, May 7, 2021
WHERE: Youtube

After a 15-year hiatus, Jaemes Dean, Italian rapper, returns with the release of his new music video.

Sebastian Bellofiore Gubser, aka Jaemes Dean, was born in Switzerland from Italian and Dominican parents. He has lived in Zurich, Switzerland, Milan and in Santo Domingo in the Dominican Republic. Jaemes is fluent  in 4 languages, can rap it at least 2  and has written songs in 3 languages.

Currently living in New York City, he has decided to go back to his main love of composing music. As a teenager, he listened to metal music, Megadeth, Metallica, Iron Maiden, Korn, and Limp Bizkit. He then later moved on to death and black metal and thanks to metal he started playing guitar, and formed his first musical group, which allowed him to move in another direction several years later.

He knew of Eminem, and other rappers, from his debut album "Slim Shady LP", but it wasn't before listening to Kaos's "Precious Things" in 2003 that he really understood the potential of rap. The way Kaos wrote and the vibe that his songs had, made him see a side of rap that he didn't know and fascinated him alot.

Like so many other times in his life and after so many years in music, he was hungry for something different and new. He wanted to learn how to do something else, So he started coding, designing landed a job working for Google as a Product Designer.

Jaemes wrote Il Guerriero (The Warrior) in 2008, when his high school friend, Giuseppe, passed away and Jaemes never got to say goodbye. It's a tribute to Giuseppe, who's father called him "The Warrior."  The song turned into a story, where a warrior who says goodbye to friends and family before going to war.  His war was the struggle against (or for) life, which in the end he loses.  Since we don't always have the chance to say goodbye, he ends the song by greeting him with "un abbracio, una firma con tanto affetto, Seba," which means "A hug, a signature, truly yours, Seba."