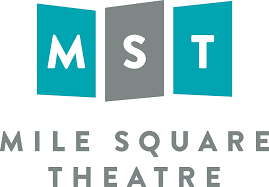 Now, 95 years after the first week was celebrated—in the wake of mass social protests against police brutality and white supremacy, in the aftermath of an attempted coup that threatened our Democracy, and in the midst of a world health pandemic that has shuttered the performing arts and put most performers out of work—we gather to discuss the significance of Black History Month in our current moment.

Please join MST in welcoming a panel of distinguished Black theatre artists as they discuss what Black History Month means to them, their hopes, fears, and dreams for our country in general and the performing arts in particular, and their vision for a way forward as we look to re-open theaters and perform again.

Nathaniel, a Milwaukee native, is a proud graduate of the University of Wisconsin where he received his Bachelors of Music Degree. Broadway credits include: CATS, The Gershwins’ Porgy and Bess, The Color Purple (original production and the revival), and The Lion King (Broadway and the West End). National tours: The Gershwins’ Porgy and Bess (Los Angeles NAACP Award nomination), and Ragtime. He has also appeared on the hit television shows, Law & Order: SVU (NBC), The Blacklist (NBC) and Blue Bloods (CBS). He is an Artistic Associate at the Milwaukee Repertory Theater. He is also a Lunt-Fontanne Fellow awarded by the Ten Chimneys Foundation with master teacher and mentor Ms. Phylicia Rashad.

Blaire started her acting career in NYC after receiving her MFA in theater performance from Rutgers University. Film/TV: Like Father, Demolition. Bull, Law & Order: CI, Blindspot, Friends from College, Blacklist, The Following. National commercials for Progressive, CDW, Microsoft, FedEx, Heineken, NY Lottery, and Booking.com. She has performed Off-Broadway at the Public Theater and Manhattan Theater Club. She is a company member of the Charleston, SC based theater company Crescent Stage and Mile Square Theatre. Her most favorite and cherished roles at MST have been Darzee in The Garden of Rikki Tikki Tavi, and Lilly in Lilly's Purple Plastic Purse. Blaire is an adjunct acting professor at Pace University’s Musical Theater program, a wife, and mom to a four and soon-to-be two-year-old.

Erich is an actor, producer and activist. For the past decade he has served as Founder/CEO of Project1VOICE, Inc. (P1V) is a 501(c) (3), nonprofit performing arts service organization based in New York City. The organizations mission is to support and promote the American theater specifically the narrative of and as written by African American and African Diaspora people. P1V was founded in 2009 during the devastating economic downturn to create awareness and support for the many community-building historically African American cultural arts institutions whose doors were closing with no hope of reopening. P1V’s core activity is the coordination of an international, same-day, staged reading series that revives and reintroduces—forgotten—seminal works by playwrights of and whose focus is the African American and African Diaspora narrative for the American theater. The event is called One Play One Day. It takes place each year on the third Monday in June.

Joi Danielle Price—Moderator is a singer, writer, and actor. Her love of the written word led her to study journalism alongside musical theatre at the University of Michigan. Her credits include numerous staged readings, workshops, and new musicals, in the New York Musical Theatre Festival, with the Prospect Theatre Company, and at the York Theatre. Joi has also appeared on Broadway and National Tours of Mamma Mia! and Ragtime: The Musical. A native of Flint, Michigan, Joi appears on episode 3 of Disney Plus’ Encore!, which reunites the now-adult cast of her Flint Central High School musical. She is the mother of two children educated in Hoboken and is honored to serve on the Mile Square Theatre Board of Trustees.