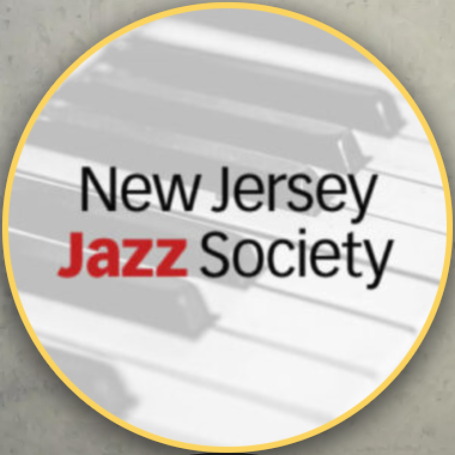 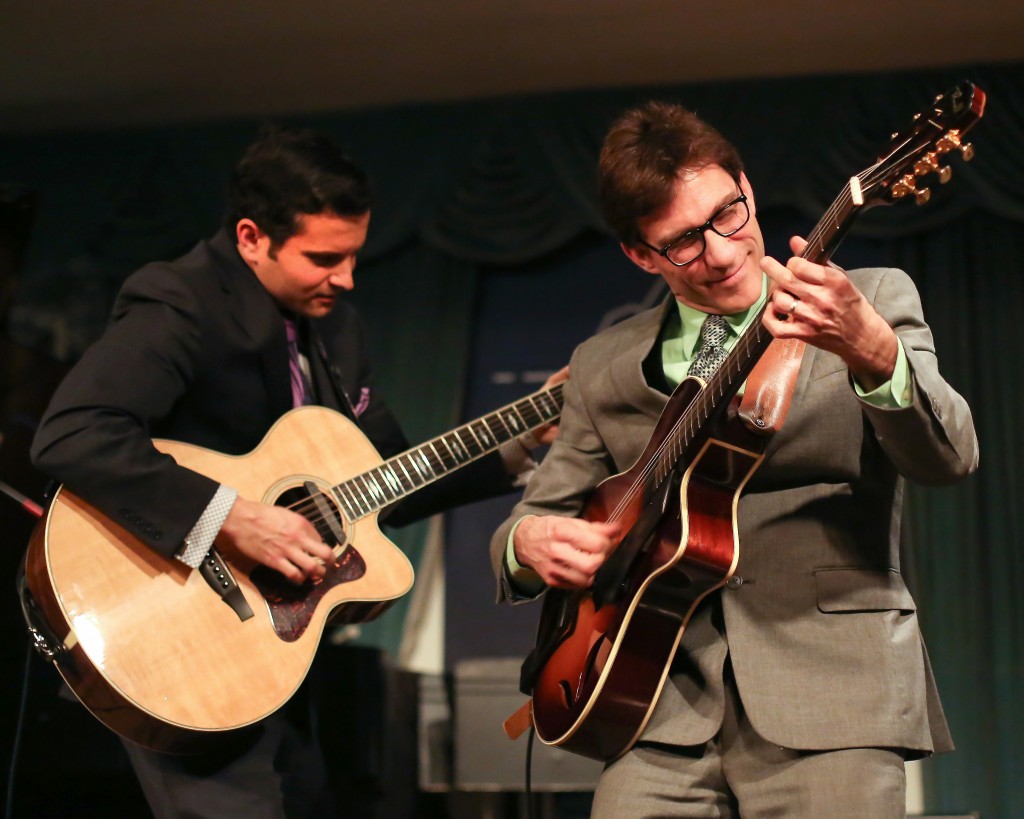 This time, Vignola and Raniolo will team up again from Vignola’s home in Warwick, NY. They will honor New Jersey guitar greats, such as Bucky Pizzarelli, Lou Pallo, Tony Mottola, Al Caiola, and Les Paul. “We will play a tune or two for each of them,” said Vignola. “It will be a special hour.” Pallo died on October 28, 2020, at the age of 86.

In Morristown, Vignola paid tribute to his 94-year-old mentor, Bucky Pizzarelli, who played with him and Raniolo at several previous festivals. “Without Bucky Pizzarelli, we would not know jazz guitar as it is today,” Vignola said. Pizzarelli passed away eight months later (See Jersey Jazz, May/June 2020).

Vignola and Raniolo have shared the stage on several occasions, and in 2019 released an album, Melody Magic, on the Azica label. Mike Joyce, reviewing it for JazzTimes, pointed out that, “the chemistry they’ve developed over the years is evident on every track here, from the opening nod to Beethoven’s Fifth to the rhythmically insinuating closer, Sting’s Walking on the Moon . . . In Raniolo, Vignola has found a delightful match, a rhythm partner, and foil, who clearly shares his wide-ranging tastes.”

The 55-year-old Vignola has performed with a wide range of musical artists — from Ringo Starr and Madonna to Wynton Marsalis to the Boston and New York Pops orchestras. His PBS Special, Four Generations of Guitar, with Raniolo, Pizzarelli, and Tommy Emmanuel, aired on public TV stations throughout the country in 2015.

Raniolo, 36, grew up playing alto saxophone in his school band “until the guitarist showed me an ‘A’ chord on his acoustic guitar. Then I was hooked.” He also learned how to play electric bass in college because “a teacher told me, ‘Every band needs a bass player.’” As a result, Raniolo is one of the most in-demand rhythm guitarists. His recording credits include the soundtracks of HBO’s Boardwalk Empire, Woody Allen’s Café Society, and Martin Scorsese’s The Irishman.

Funding for the New Jersey Jazz Society socials has been made possible in part by Morris Arts through the N.J. State Council on the Arts/Department of State, a partner agency of the National Endowment for the Arts. Additional funding has been provided through a generous gift from Nan Hughes Poole.