Explore Our Nation's Past on C-SPAN3

Discover the people and events that help document the American story 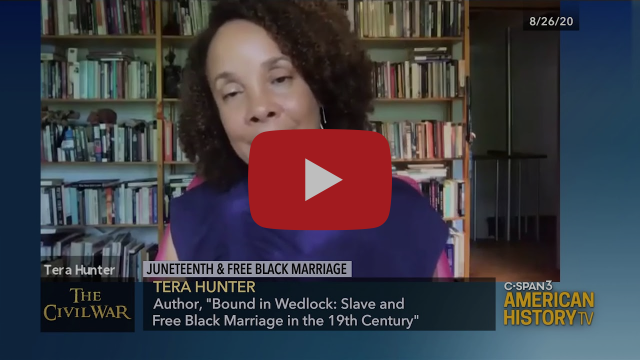 Author Tera Hunter speaks with the co-editors of the Journal of the Civil War Era about the significance of Juneteenth and her book, Bound in Wedlock: Slave and Free Black Marriage in the Nineteenth Century. Ms. Hunter explains the difference between the Emancipation Proclamation and Juneteenth, as well as how freed people navigated family ties and relationships after the war. 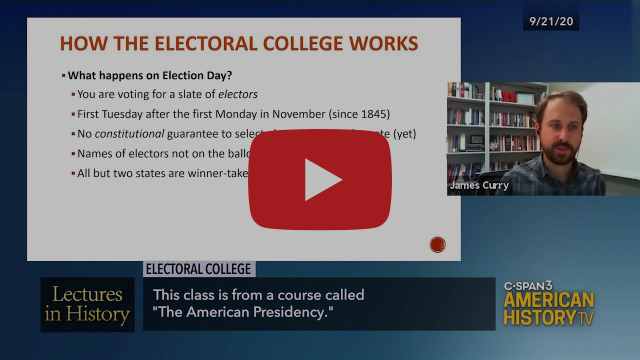 Electoral College
on Lectures in History®

University of Utah political science professor James Curry teaches a class about the creation of the Electoral College and explains how it works as a part of the presidential election process. Professor Curry taught the class prior to this year's vice presidential debate, which took place Oct. 7 at the university. 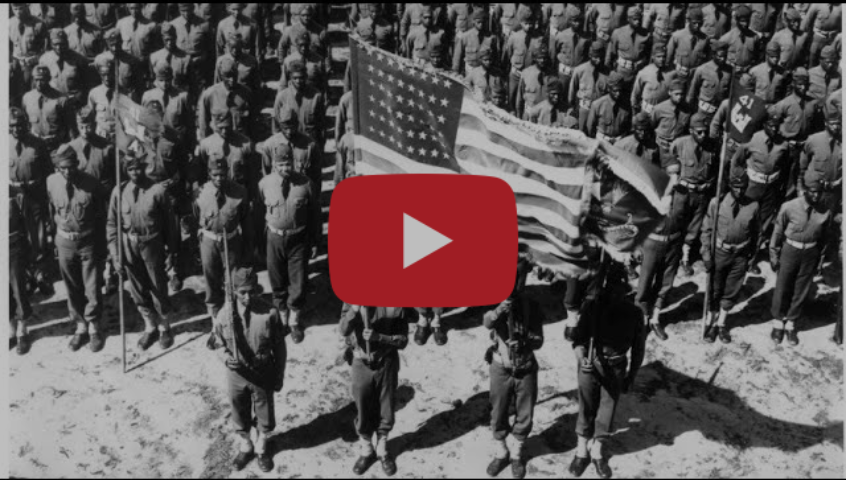 This weekend, we present three films to mark Veterans Day, which is observed Nov. 11:
In 1997, the Defense Department released the documentary "African Americans in World War II: A Legacy of Patriotism and Valor." The program honors veterans who the Pentagon argues were not properly appreciated at the time, and details their crucial contributions made in the face of widespread prejudice.
"The Army Nurse" is a short War Department film completed just after World War II ended, showing how nurses contributed to the war effort around the globe.
U.S. support for Taiwan has been a decades-long source of contention with communist China, which claims the island nation as part of its own territory. From the Army's "Big Picture" series, we look back to 1966 and the film "The Army in Taiwan," which sketches the history of Taiwan and shows preparations for a potential invasion by China. 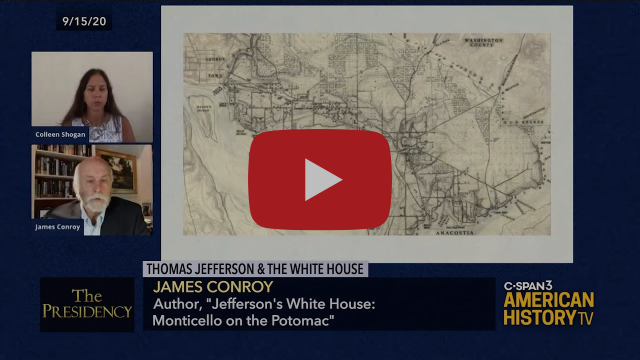 Thomas Jefferson & the White House
on The Presidency

Monday — U.S. Military
The U.S. entered World War I in April 1917, but it was a year later when American Army soldiers and Marines saw their first major combat on the Western Front. We travel to northeastern France with historian Mitchell Yockelson to tour two battlefields where American and French forces fought in the spring of 1918 to stop a German offensive toward Paris. First, we visit the Chateau-Thierry Monument about 60 miles from Paris to learn why U.S. forces were in the region, and how they helped the French. Then we travel to Belleau Wood Marine Monument to learn about the battle, in which French troops, American doughboys and U.S. Marines fought the Germans.

Tuesday — End of World War II
This year marks the 75th anniversary of the end of World War II, and we look back at the Allied victories in both the European and Pacific theaters. First, Rick Atkinson, author of The Guns at Last Light: The War in Western Europe, 1944-1945, discusses the German surrender on May 8, 1945. Then an hour later, Ian Toll, author of Twilight of the Gods: War in the Western Pacific, 1944-1945, talks about the August 1945 atomic bombings of Hiroshima and Nagasaki and the subsequent Japanese surrender.

Wednesday – Veterans Day
Nov. 11 is Veterans Day, the date in 1918 when hostilities ceased between the Allied nations and Germany to end World War I. We begin with military historian Patrick O'Donnell on his book, The Unknowns: The Untold Story of America’s Unknown Soldier and WWI’s Most Decorated Heroes Who Brought Him Home, which chronicles the combat stories of the eight men who escorted the unknown soldier's remains to Arlington National Cemetery.

Friday — Pandemics & Disease
The 1918 flu pandemic altered American life in ways that are familiar to those living through the 2020 coronavirus pandemic. Conflicting information left people wary and fearful, college classes were held outside, sports were canceled, masks were challenged as un-American and fines were imposed on those who refused to wear them. The Center for Presidential History at Southern Methodist University in Dallas hosts Christopher McKnight Nichols, who recounts how the country experienced the events of a century ago and the lessons we might learn. He directs Oregon State University's Center for the Humanities.
Posted by Ruth Ross