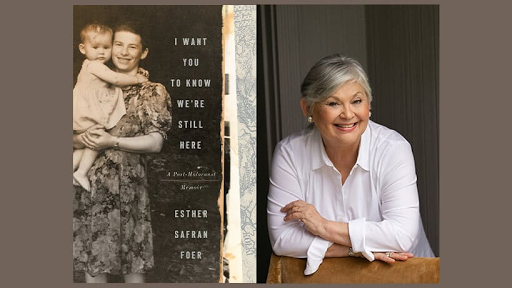 Esther Safran Foer grew up in a home where the past was too terrible to speak of. The child of parents who were each the sole survivors of their respective families, for Esther the Holocaust loomed in the backdrop of daily life, felt but never discussed. Even as she built a successful career, married, and raised three children, Esther felt herself searching. When Esther’s mother casually mentions an astonishing revelation-that her father had a previous wife and daughter, both killed in the Holocaust-Esther resolves to find out who they were. Please join us for the moving story of Esther’s journey.

In 2008 Esther was recognized as one of the “Forward 50” Jewish leaders in the country, and in 2015 she was named one of the most powerful women in Washington by Washingtonian Magazine.

Moderator Evelyn Rauch is a founding member of the Holocaust Memorial and Education Center at the Shimon and Sara Birnbaum Jewish Community Center. Evelyn designed and created the Holocaust Memorial at the JCC. She has been a member of the Committee for Holocaust and Genocide Studies at Raritan Valley Community College and was honored at RVCC’s “Make a Difference Program” for her work. She has taught workshops for children during the “Learning Through Experience” program at RVCC, and has spoken most recently on RVCC’s zoom series “Resilience During Challenging Times”. She has written her family’s very personal story, “Surviving Steffi,” and has spoken to groups at libraries, schools and book clubs about her book and growing up as a Second Generation Holocaust survivor. 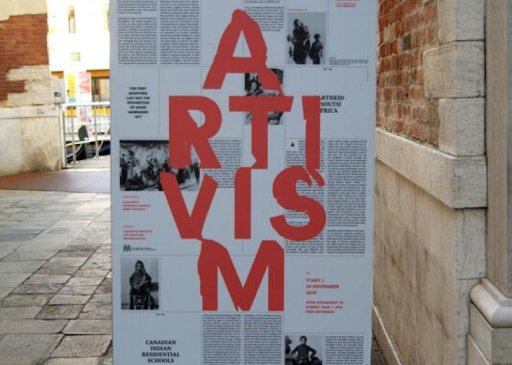 ARTIVISM: the first exhibition of its kind, located at the intersection of art, human rights, and the prevention of genocide

Join us for this online presentation with Kerry Whigham, curator of the ARTIVISM exhibit, and Aida Šehović from Bosnia and Herzegovina, one of the artists involved in this exhibition.

ARTIVISM illustrates how the arts are used as a mechanism for preventing and responding to mass violence. ARTIVISM introduces the personal, emotional, and historical realities of mass atrocities, inviting attendees to learn about the essential role played by the arts as a grassroots tool for social transformation and a deterrent to systematic violence. It showcases the works of six artists and activist collectives from across the globe: Rebin Chalak Ismael from Iraq, Canada’s Truth and Reconciliation Commission, Elisabeth Ida Mulyani from Indonesia, the South African Intuthuko Embroidery Project, the Argentinian Grupo de Arte Callejero (GAC), and Aida Šehović from Bosnia and Herzegovina.

This exhibit is coordinated through The Auschwitz Institute for Peace and Reconciliation which is the largest nongovernmental organization in the world for the training of public officials in genocide and mass atrocity prevention.

This program is being co-sponsored by The Jewish Federation of Somerset, Hunterdon, & Warren Counties, The New Jersey Commission on Holocaust Education, the Holocaust Education Center of the Shimon and Sara Birnbaum Jewish Community Center.