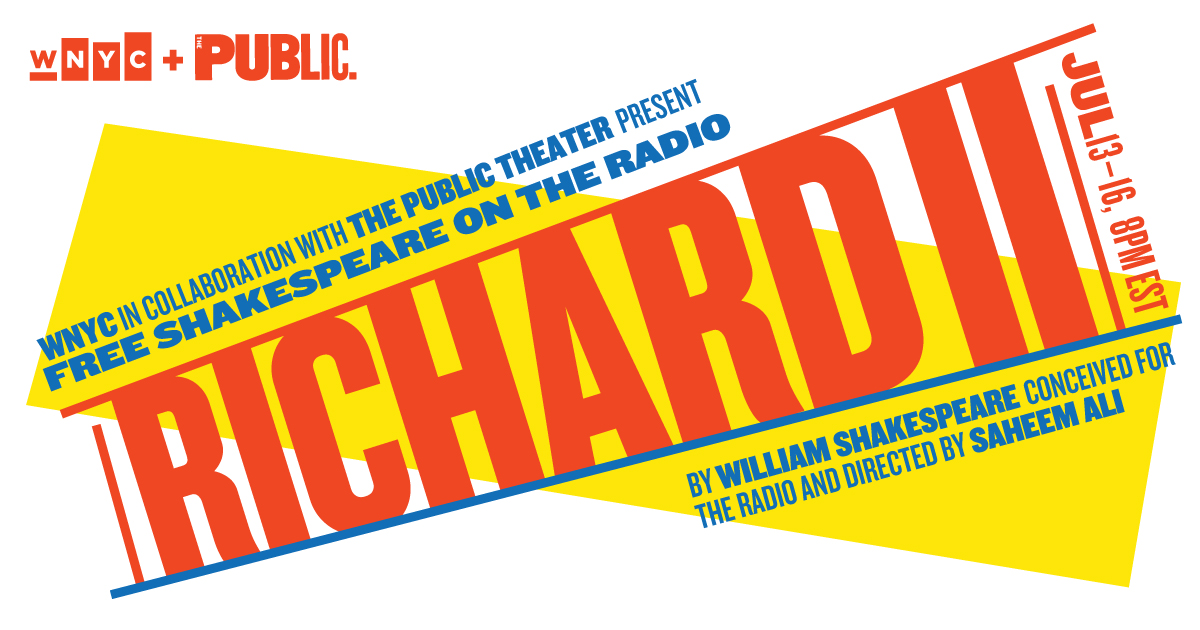 With New Yorkers unable to gather at the Delacorte Theater for Free Shakespeare in the Park for the first summer in nearly six decades, WNYC and The Public Theater have joined forces to reimagine this beloved summer tradition as a radio play that speaks to this current moment in our nation’s history.

As Ali has said, "I’m exceptionally proud of this production, recorded for public radio with a predominantly BIPOC ensemble, led by the extraordinary André Holland. It’s my hope that listening to Shakespeare’s words, broadcast in the midst of a pandemic and an uprising, will have powerful resonance in our world."

RICHARD II will be broadcast over four nights from Monday, July 13, through Thursday, July 16, at 8:00 p.m. EDT on WNYC 93.9 FM and AM 820 for listeners in the New York and tri-state area and will stream at WNYC.org. WNYC will also make the series available as a podcast for on-demand listening.

In support of the fight against racism and inequality and in recognition of the unspeakable violence against Black communities, The Public Theater and company dedicate this production to the Black Lives Matter movement.