Located on the northeast corner of Africa, Egypt is home to one of the world's earliest and greatest civilizations. For centuries, tourists have flocked to Egypt to admire its cultures, traditions, food, people, and exciting activities. Nothing compares to the astounding beauty of seeing the Giza Pyramid Complex up close or the legendary tomb of King Tutankhamen in person. With so much to explore, the adventure that is Egypt never ends! 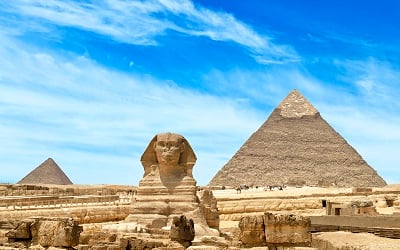 Pyramids & Sphinx of Giza
On the outskirts of Cairo lies one of the world’s most recognizable landmarks and the only one of the Seven Wonders of the Ancient World still standing today. The pyramids on the complex were built as tombs for the mighty Pharaohs some 4,500 years ago and they’re guarded by the majestic Sphinx, a cat-like creature carved from a single block of stone. 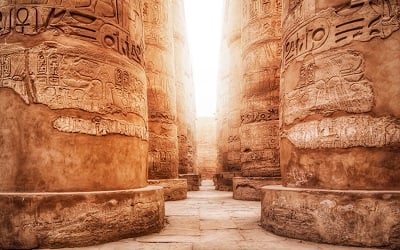 Karnak
The Karnak temple complex, a UNESCO World Heritage Site, is located just north of Luxor. Karnak was a place of great religious importance for the pharaohs of the 18th Dynasty, and it became the main place of worship for the ancient Thebans. Today, you can walk amongst an astonishing collection of sanctuaries and temples dedicated to the Theban Triad. 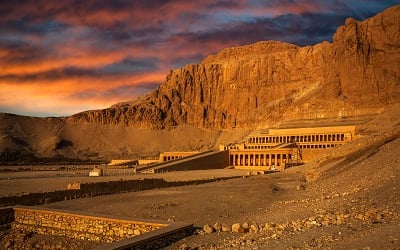 Valley of the Kings
On the west bank of the Nile lies the Valley of the Kings where archaeologists have located over 60 tombs for the kings and royalty of the New Kingdom. Pharaohs were buried with their worldly treasures amidst spectacular hieroglyphs. The most famous tomb in the valley belongs to King Tutankhamun. 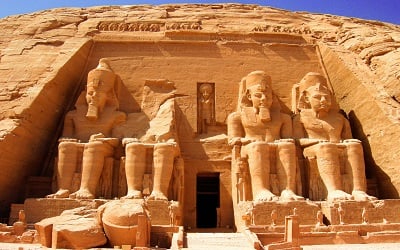 Abu Simbel Temples
The twin temples at Abu Simbel were originally carved out of the mountainside in the 13th century BC. They serve as a lasting monument to Ramesses II and his queen, Nefertari. Their huge external rock relief figures have become iconic. The temple was relocated in 1968 to save it from being submerged and lost forever with the damming of the Nile at Aswan. 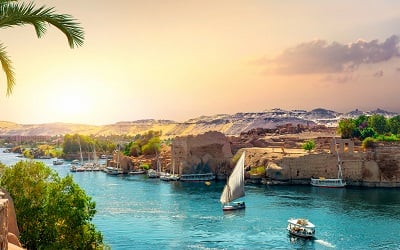 Cruise the Nile River
Recognized as the longest river in the world, the Nile is arguably the most iconic as well. It played a pivotal role in the dynasty of the Ancient Egyptians and the permanent settlements that arose along its banks. One of the most atmospheric ways to see the ancient sights between Luxor and Aswan is to enjoy a multi-day River Nile cruise. 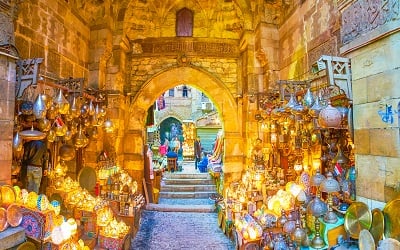 Browse the Khan El-Khalili Bazaar District
Located in the heart of Islamic Cairo, this busy and colorful open-air bazaar (souk or market) is filled with unique and exotic items from spices and perfumes to jewelry and souvenirs. Little has changed at Khan El-Khalili Bazaar since its foundation in the 14th century. Come to stock up on souvenirs, remembering that haggling is expected. 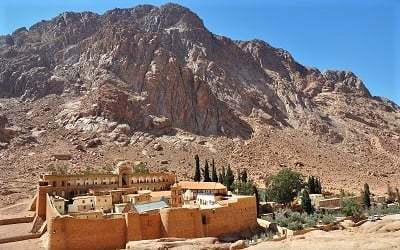 Visit Mount Sinai
Mount Sinai is a place of pilgrimage for Christians who believe that this is where Moses saw the Burning Bush and later received the Ten Commandments. At the foot of the mountain lies St. Catherine’s Monastery with its museum full of religious icons and relics. 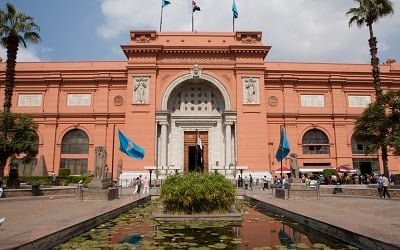 Check Out the Egyptian Museum
Located in Cairo, the Museum of Egyptian Antiquities is home to over 120,000 ancient artifacts including the contents of King Tut’s tomb. Built in 1901, the museum houses an extensive collection of gold, sarcophagi, and all things Egyptian.

Special thanks to Smartours.