BUCKY PIZZARELLI’S GUITAR TO BE AUCTIONED OFF FOR CHARITY 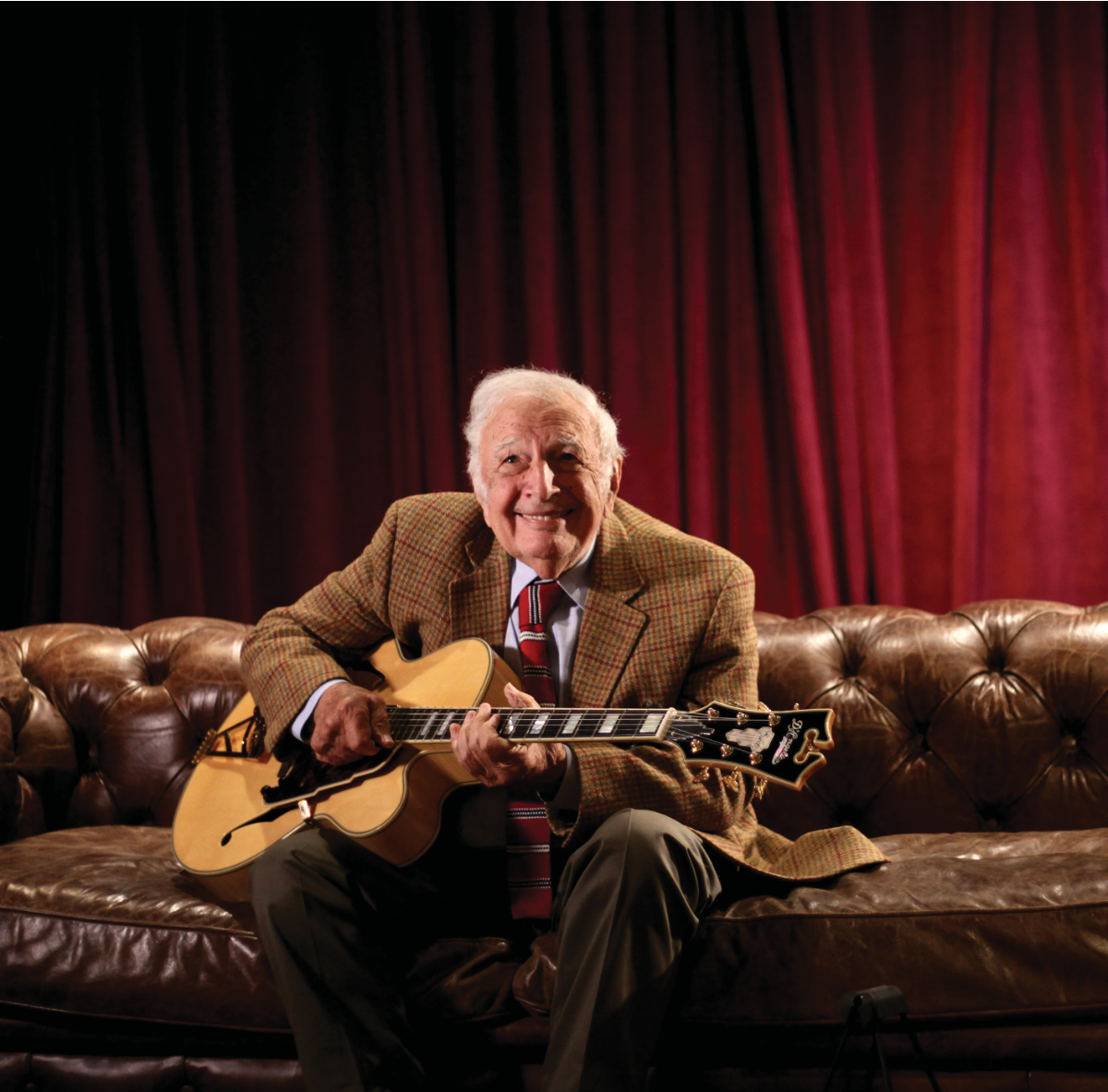 Jazz guitar legend Bucky Pizzarelli lost his life to COVID-19 on April 1, and in his honor D’Angelico Guitars is auctioning this signed Excel EXL-1, with all proceeds going to The Jazz Foundation of America’s COVID-19 Musician’s Emergency Fund.

This guitar was signed on October 12th, 2016 ,when Pizzarelli visited the D’Angelico Showroom in New York City to share the story of his relationship with John D’Angelico and D’Angelico Guitars.

Bucky Pizzarelli was born in Paterson, New Jersey, in 1926 and began his professional career as a guitarist at the age of just 17. For over the following 75 years, He toured and recorded with everyone from Ray Charles to Benny Goodman, Stéphane Grappelli, Les Paul, Paul McCartney and Antônio Carlos Jobim. At 94-years-old, Bucky passed away from COVID-19.

Bucky owned several D’Angelico Guitars throughout his life, which ended up being some of his most cherished instruments—most notably a 1943 Style B which he acquired from one of his mentors, Al Nevins, after he passed away. The guitar was originally painted white in order to match the aesthetic of the band both Al and Bucky played in called the "Three Suns." Eventually, the band disbanded and Bucky took the guitar back to John D'Angelico to refinish it to natural. Bucky's D'Angelico remained a staple in his rig for his entire professional career, and he always made it a point to stop by the original D’Angelico shop on Kenmare Street when close by. He not only toured with the D’Angelico throughout his years with the Benny Goodman band, but also used it on countless hit recordings and duo records with his son John. In 2013, Bucky appeared on CBS Sunday Morning news with his D’Angelico and recounted the story of Les Paul coming over to his house and ‘borrowing’ it for over a year. In 2018, at age 92, Bucky performed with his D’Angelico one last time at Lincoln Center, playing the great standard ‘Lil Darlin’ originally written for the Count Basie Orchestra—this was his last public performance.

Bucky, his son John Pizzarelli and their entire family have been supporters of the Jazz Foundation for many years. One of the most memorable performances in the history of the Foundation occurred at it’s 2009 “A Great Night In Harlem” concert at the Apollo Theater, when Bucky was joined by his dear friends Gene Bertoncini and JFA Board member, Dr. Frank Forte. Bucky was especially supportive of Dr. Forte’s efforts with the Dizzy Gillespie Memorial Fund at Englewood Hospital and Medical Center in New Jersey, where more than $7 million in free care was provided to over 2,000 uninsured and underinsured musicians since 1994.

The Jazz Foundation of America’s COVID-19 Musician’s Emergency Fund
To help musicians and their families with basic living expenses.
Posted by Ruth Ross