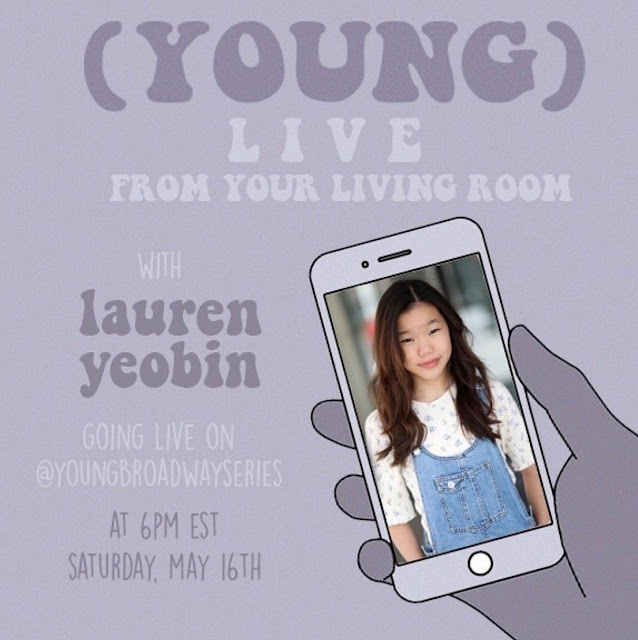 WHEN: Saturday, May 16th, at 6pm EST
WHERE: https://www.instagram.com/p/CANUfz-DAt0/?igshid=w1xmzrf40sp9 OR https://www.youtube.com/c/youngbroadwayseries 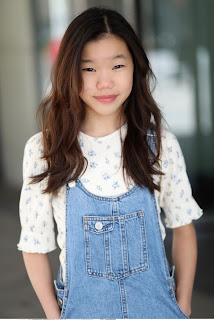 Lauren will perform some of her favorite songs, giving you the low-down on all things Lauren, and answering your questions!

In March, she landed the role of Patrice in a Pilot Production of 13 The Musical, Jr. with Pixie Dust Players, directed by Lindsay Maron, which unfortunately was suspended out of concern for public health. Rehearsal footage is posted on their YouTube channel.

Some of her favorite roles have been Jasmine in "Aladdin, Jr." at The Elisabeth Morrow School in Englewood, N.J.  Directed by Alexander Roland Diaz, Musical Directed by Glenn Gordon and Choreographed by Rebecca Sonia.

Lauren performed at Carnegie Hall, Weill Recital Hall in the American Protègè Winners Recital and at Merkin Hall in Broadway Closeup: "I Won't Grow Up" that featured NYC's top talent.

Lauren started performing in musicals at the age of 7. She performed in 16 musical theatre productions,which include 2 Off-Broadway Shows.  Some of her favorite roles are Annie in "Annie," Maria in "The Sound of Music," Jasmine in "Aladdin," Young Fiona in "Shrek" Jr., and Becky/Sarah Standby in the U.S. Premiere of "A Little Princess."

As a member of the Broadway Youth Ensemble, she has performed in the Stern Auditorium at Carnegie Hall as a special guest in "Christmas with Tim Janis and Special Guests", and at the 2019 New York International Auto Show.

Lauren beat out over 250 contestants from both the U.S. and Canada and won 2nd Place under the Musical Division and Honorable Mention under the Art Song Division for the 2019 Hal Leonard Vocal Competition. She won First Place in the 2019 Young Musicians Competition and performed in the Billy Johnson Auditorium at the Newark Museum.