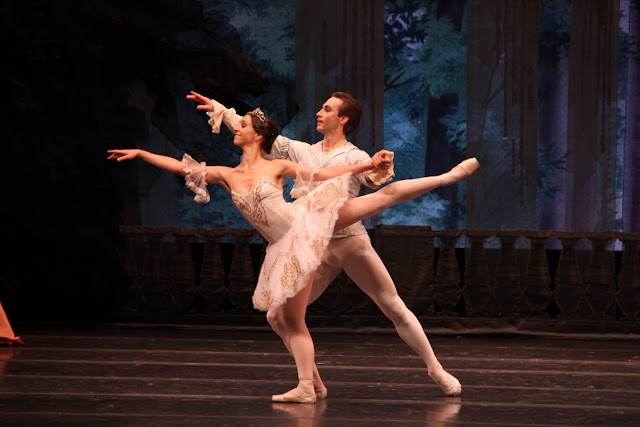 WHEN: Saturday, March 14, 2020, 2pm & 8pm
WHERE: State Theatre, 15 Livingston Ave., New Brunswick
TICKETS: $19-$49
For tickets, more information, or group discounts, call State Theatre Guest Services at 732-246-SHOW (7469), or visit us online at STNJ.org. State Theatre Guest Services, located at 15 Livingston Ave, New Brunswick NJ, is open Monday through Friday from 10am to 6pm; Saturday from 1pm to 5pm; and at least three hours prior to curtain on performance dates unless otherwise specified. Additional ticket and transaction fees may apply.

Featuring the Russian National Ballet and performed to a score composed by Tchaikovsky, The Sleeping Beauty has become one of the most illustrious classical ballets of all time. Led by Artistic Director and former Bolshoi principal dancer Elena Radchenko, The Sleeping Beauty is the magical fairy tale of the beautiful, sleeping Princess Aurora who awaits the kiss of her prince.

Russian National Ballet has been bringing timeless ballet classics to the stages of North America since 1999. Founded in Moscow during the transitional period of Perestroika in the late 1980s, the company used their new-found creative freedom, influenced by the political movement, to invigorate the tradition of Russian Ballet with new developments in dance from around the world. In 1994, the legendary Bolshoi principal dancer Elena Radchenko was selected by Presidential decree to assume the first permanent artistic directorship of the company. In her role, Radchenko focuses on upholding the grand national tradition of the major Russian ballet works and developing new talents throughout Russia, with a repertory of works that enlighten, inspire, and entertain audience across the continent.