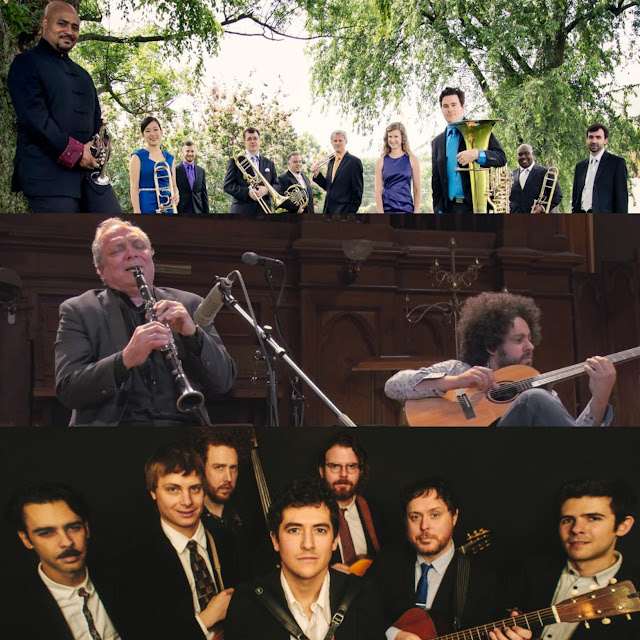 Kicking off the January Thaw Music Festival is Rodney Marsalis Philadelphia Big Brass. Mixing classical, big band jazz and New Orleans swing, this brass ensemble brings together top musicians from across the country. The group is led by trumpeter Rodney Marsalis, who learned from none other than his cousin, Wynton, and is now Principal Trumpet for the Chamber Orchestra of Philadelphia and an Artist in Residence at Temple University. Join this dream team of brass players for some swinging January sounds.

Finally, the January Thaw Music Festival wraps up with Sam Reider and the Human Hands. Sam Reider is an award-winning composer, multi-instrumentalist and singer that is making waves at the intersection of the jazz and Americana worlds. He's been featured on NPR's "Piano Jazz with Marian McPartland" and performed or recorded with artists ranging from Jon Batiste and Stay Human to viral YouTube group CDZA, as well as, legendary NY Philharmonic composer David Amram and Latin Grammy Award-winner Jorge Glem. He was awarded "Best Americana Album" by the Independent Music Awards for his work with Silver City Bound and has toured as musical ambassador for the U.S. Department of State in eight countries overseas.

The 2019-2020 season of Centenary Stage Company’s performing arts events is made possible through the generous support of the Geraldine R. Dodge Foundation, the NJ State Council on the Arts, the Shubert Foundation, the Blanche and Irving Laurie Foundation, the Sandra Kupperman Foundation, and CSC corporate sponsors, including our Season Sponsors the House of the Good Shepard, Heath Village Retirement Community, Hackettstown Medical Center Atlantic Health System, Home Instead Senior Care (Washington), Fulton Bank, and Centenary Stage Company members and supporters.