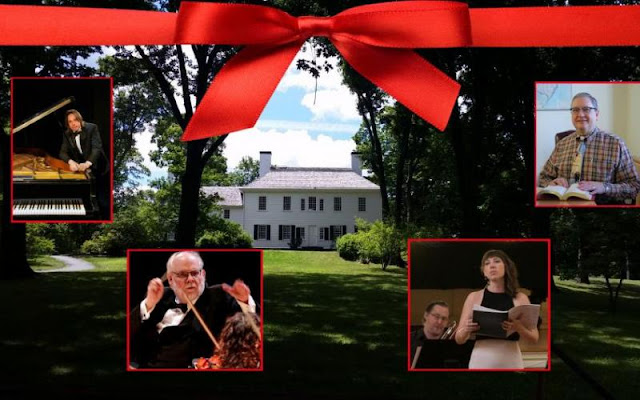 A Special Concert for the Holidays

Dr. Jude Pfister, Chief of Cultural Resources at Washington's Headquarters Museum, will serve as host. Dr. Pfister has worked with Maestro Butts and the Orchestra in programs combining music and manuscripts as the Orchestra has performed music related to the collection with special documents being on display — including a 1576 letter signed by Queen Elizabeth I, the 1693 manuscript of Scarltti's La Giuditta, and an original edition of the poems of Phyllis Wheatley.

Performing as well at this special event is pianist Peter Toth. Fresh from recitals in Serbia, Hungary, Austria, and California, Peter will play some of his favorite pieces and join the orchestra for the finale.  Peter will perform on the museum's historic 19th century Steinway Grand Piano.

The Baroque Orchestra will perform selections by Giovanni Gabrieli, Johann Sebastian Bach, Johann Fasch, and Arcangelo Corelli in addition to selections from Messiah.

The event is sponsored by Morris Arts and The Washington Association of New Jersey and coincides with Morris Tourism's popular Holly Walk.

Funding has been made possible in part from Morris Arts through the New Jersey State Council on the Arts/Department of State, a Partner Agency of the National Endowment for the Arts.