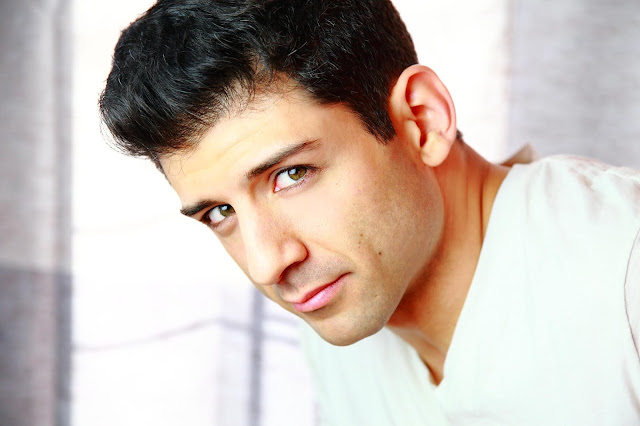 AN EVENING WITH BROADWAY’S TONY YAZBECK

WHEN: Saturday, November 23, at 8 p.m.
WHERE: SOPAC, 1 SOPAC Way, South Orange (behind the train station)
TICKETS: $38-$58 and can be purchased at SOPACnow.org/tony-yazbeck.

Quintessential song-and-dance man Tony Yazbeck, a Tony Award nominee for his starring role in the 2014 Broadway revival of On the Town, performs his spellbinding An Evening with Broadway’s Tony Yazbeck.

This is one of the rare chances fans will have to see Yazbeck and his accompanying musicians in intimate concert surroundings before he begins rehearsals for springtime’s much anticipated opening of Flying Over Sunset at Lincoln Center Theater. Yazbeck portrays Cary Grant in the new Broadway musical, directed and scripted by James Lapine.

“Tony Yazbeck is nothin’ but class,” writes Hayley Levitt for TheaterMania. Michael Musto in Out.com says, “The sincere and amiable singer/dancer put on a show that was honest, personal, connected and full of rhapsodizing rhythm.”

Since his Broadway debut as a newsboy in the 1989 revival of Gypsy, Yazbeck has continued to land coveted roles and garner critical acclaim. With “just the right balance of masculinity and vulnerability” (The Hollywood Reporter), Yazbeck invites audiences to join him on an emotional journey along life’s ups and downs as told through the lyrics of classic show tunes, new standards and dazzling tap dancing.

Yazbeck most recently debuted his solo show in the American Songbook series at Lincoln Center, where he also starred in the title role of The Scarlet Pimpernel in concert. Other recent credits include The Cradle Will Rock at Classic Stage Company; the Encores! production of A Chorus Line; and The Bernstein Centennial Celebration at Tanglewood, a special on PBS’ Great Performances. Prior to that, Yazbeck starred in the Japan and Broadway productions of Prince of Broadway (helmed by Susan Stroman and Harold Prince), for which he received the Chita Rivera Award as well as Drama Desk and Outer Critics Circle award nominations.

For New York City Center Encores! he has appeared in Little Me, On the Town, Gypsy, The Apple Tree, A Tree Grows in Brooklyn and Pardon My English. Regional theater credits include Alliance Theatre, Barrington Stage Company, Hartford Stage, Goodman Theatre, Goodspeed Opera House (Connecticut Critics Circle Award), Paper Mill Playhouse and others. Yazbeck also was seen internationally in Kiss Me, Kate at the Royal Albert Hall in London.

His television and film credits include Billions, Smash and the feature documentary Every Little Step. Yazbeck has appeared with the San Francisco Symphony under Michael Tilson Thomas; Carnegie Hall with the New York Pops; and the National Symphony Orchestra at Wolf Trap, among many other prestigious venues. His debut album, released in 2016, is The Floor Above Me (PS Classics label).