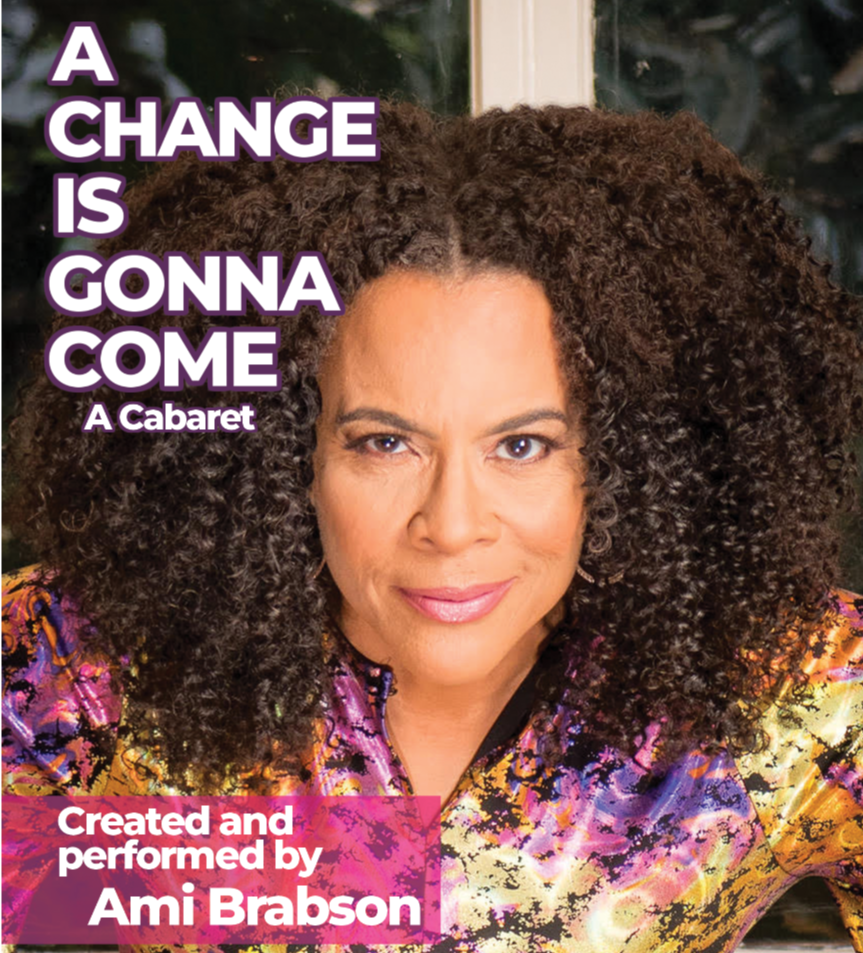 Actor-Writer-Singer AMI BRABSON returns to Luna to premiere her newest cabaret performance for two weekends only!

Brabson's A Change Is Gonna Come is a musical journey through life’s transitions big and small, combining storytelling, poetry and song to reflect on the inevitable changes in our lives and the self-discovery that often follows. The loss of a parent, the demolition of a house and the discovery of political passions all inspire reflection, music and, ultimately, hope.

A South Orange resident, Brabson most recently starred in American Son at Theaterworks Hartford, where she was described as giving a “superior, layered performance” that “outperforms Broadway.” (Journal Enquirer)

A Change Is Gonna Come will be directed by Luna’s Artistic Director Ari Laura Kreith, whose current production of Mrs. Stern Wanders The Prussian State Library has been extended at Luna through November 17.

Brabson’s band features Corey Wachala on piano, Colleen Clark on drums, and Joe Bussey on bass. A Change Is Gonna Come was created in collaboration with Corinna Sowers Adler.

Ami Brabson is an actor, singer, and producer. Most recently she played Kendra in the critically acclaimed production of American Son at Theaterworks Hartford. Other stage credits include the New York Premiere of Tough Titty by Oni Faida Lampley and Brabson’s one-woman show Phenomenal Women. Some of her favorite regional theater roles are Linda in Curve of Departure, Faye in Dominique Morisseau's Skeleton Crew, Quilly in John Henry Redwood's The Old Settler and Rose in August Wilson's Fences. Brabson plays Vanessa on the next and final season of Power (Starz Network). Other television credits include Mary Pembleton in Homicide: Life on the Streets, Judge Karyn Blake in Law & Order SVU, Judge Tchaikovsky in Bull, Damages, The Jury, Law & Order, and various Soap Operas. Brabson is an accomplished soprano and cabaret singer who has performed at New York City venues as varied as Merkin Concert Hall, The Metropolitan Room, and Ashford & Simpson's Sugar Bar. She received her MFA from the NYU/Tisch Graduate School of Acting. amibrabson.com