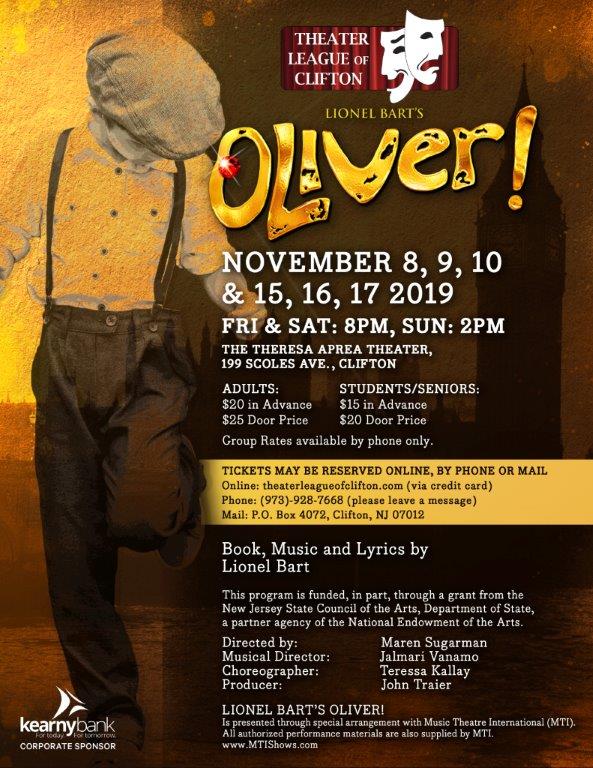 The show is adapted from the book Oliver Twist by Charles Dickens. The Theater League of Clifton will present the show through special arrangement with Music Theatre International (MTI), New York. Kearny Bank is a corporate sponsor of the Theater League. 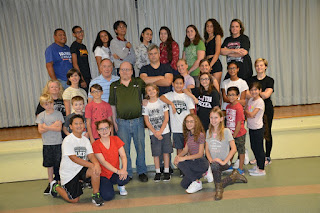 Maren Sugarman, a Bloomfield resident who teaches at ATC Studios in Clifton, will direct the show; Clifton resident Jalmari Vanamo will serve as the musical director; Teressa Kallay, also of Bloomfield and a former director of Theater League of Clifton productions, is the choreographer; Kate Sugarman is stage manager; and Clifton resident John Traier is the producer.