TICKETS: To buy season tickets, concert patrons may visit www.cjso.org/concert_tickets. Single ticket price levels are $25 per adult; $20 per senior; and $15 per student. Please e-mail orchestra@cjso.org with any questions. Both season (25 percent discount) and individual ticket prices include adult, senior, and student options. All CJSO performance venues are ADA compliant and wheelchair accessible.

The Central Jersey Symphony Orchestra (CJSO) is pleased to announce its 2019-2020 golden anniversary season. The season will feature three subscription concerts under music director Michael Avagliano, who returns for his 12th season with the ensemble, and collaborations with organizations with which the orchestra has formed strong relationships over its history.

The orchestra opens its season on Sunday, November 10, 2019 at 3 p.m. at The Pingry School, located at 131 Martinsville Road in Basking Ridge. The program will include Brahms’ Academic Festival Overture; Mendelssohn’s Piano Concerto in G Minor, featuring James Yang, winner of the 2019 Young Pianists’ Competition of New Jersey, Concerto Division; and Sibelius’ Symphony No. 1 in E Minor.

The season will continue on Friday, January 17, 2020 at 7:30 p.m. with a staged performance of Tchaikovsky’s Sleeping Beauty ballet. The concert will take place at the Thomas Jefferson Arts Academy, located at 27 Martin Luther King, Jr. Plaza in Elizabeth. The performance will include TJAA student dancers, with choreography by CJSO violinist and TJAA faculty member Fatima Maqboul.

Mr. Avagliano and the orchestra will conclude the season on April 26, 2020 at 3 p.m. (location t.b.d.) with Beethoven’s Symphony No. 9 in D Minor and portions of his Mass in C Major. The concert, presented in collaboration with Music in the Somerset Hills (Stephen Sands, artistic director), will celebrate the completion of the orchestra’s 50th anniversary season and acknowledge the upcoming 250th anniversary (December 16, 2020) of Beethoven’s birth.

“The 50th anniversary season of the Central Jersey Symphony Orchestra is an incredible milestone,” Mr. Avagliano said. “I am honored to lead the orchestra at this important time in its history, carrying on the tradition of great artistry established by its original musicians in 1969 and maintained throughout the past five decades. We are also excited to join ensembles worldwide in the celebration of the 250th anniversary of Beethoven’s birth in 2020.” 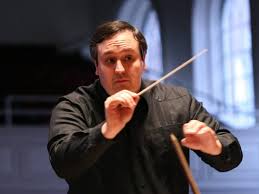 Michael Avagliano has served as music director of the Central Jersey Symphony Orchestra since 2008, and was recently appointed music director of the Summit Symphony. He joined the faculty of Drew University as director of the chamber orchestra in 2015. Mr. Avagliano is increasingly in demand as a guest conductor, making his European debut with the Pleven Philharmonic in Bulgaria. Recent and upcoming appearances include the Newburgh, University of Oregon, Summit, Plainfield, and Northern Dutchess symphony orchestras. Mr. Avagliano also served as a conducting fellow for the Allentown (Pa.) Symphony. Under his leadership, the CJSO has drawn acclaim from both audiences and critics. In the 2014 season, Mr. Avagliano conducted the orchestra’s first opera performances, collaborating with the Light Opera of New Jersey for a fully-staged production of Mozart’s Die Zauberflöte. Previously, the orchestra was a runner-up for The American Prize, awarded each year for excellence in orchestral performance. Also an active violinist and violist, Mr. Avagliano has performed with the New Jersey and Singapore symphonies, as well as the Indianapolis Chamber Orchestra. As a member of the Madison String Quartet, he has performed on chamber music series throughout the United States, with recent appearances in Alaska, New York, and Pennsylvania. For more information, please visit . 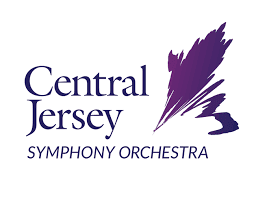 About the Central Jersey Symphony Orchestra

Founded in 1970 as the Somerset County College Orchestra, the orchestra changed its name to the Central Jersey Symphony Orchestra in 1985. For 16 seasons, the orchestra presented six to eight concerts, performing the standard orchestral repertoire. At its Gala 10th anniversary concert under the new name, the orchestra completed a cycle of the Beethoven symphonies with a sold-out performance of the Ninth. In the following year, it presented an acclaimed concert of “Music of the Holocaust at Terezin.” In 1998, the orchestra began a cultural exchange with Lithuania, presenting Lithuanian guest artists making their U.S. debuts. Committed to presenting the works of New Jersey composers, the orchestra has presented world premieres by Mario Lombardo, John Sichel, David Rimelis, and David Sampson.