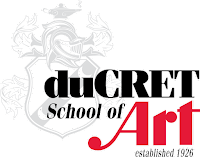 Festival of One Act Plays

“We thought it was about time to showcase local playwrights at Dragonfly. These plays run the gamut of subjects and will make you laugh and think. The Festival of One Acts is a fun, easily-digestible evening at the theatre,” says Anna Paone, Artistic Associate of Dragonfly Multicultural Arts Center.

The first featured play will be the New Jersey premiere of I Forgot to Worry, a drama-comedy about a hostage who desperately tries to determine if his surroundings are real or if he is just in a bad dream because he ate bacon before bed. Lawrence Paone of Metuchen authored this play that won the 2018 Pittsburgh New Works Festival. Paone says, “The first production of my play was in Carnegie, PA, and it was a thrilling experience. But since the events that inspired the play revolved around my home in Metuchen, it’s a great feeling to be produced in the state of New Jersey.” I Forgot to Worry will be directed by Noah Stanzione, who was recently seen in Dragonfly’s production of The Importance of Being Earnest.

The second featured play will be the world premiere of Selective Service, a drama about a controversy that arises while the military is developing a recruiting campaign: Should the military recruit using a handsome model or the real face of war? Stephen Patrick of Metuchen wrote this scene from an original screenplay that he is preparing to produce. Matt Holbert, also of Metuchen, will direct the play.

The third featured play will be the drama entitled Extended Play, the story of two DJs working a charity dance and discussing their craft. Benjamin V. Marshall of Plainfield wrote this play, and Shauni Ramai will direct it.

The fourth featured play will be the world premiere of Slightly Off, a comedy about a young woman from the Midwest who shows up at an Off-Broadway theater to join an acting school…just as it is announced it is closing. C.E. LaMoreaux and Lawrence Paone, of Metuchen, wrote the play.

“Dragonfly is committed to supporting local artists and bringing new works to life. Through this one-act festival, we are helping playwrights see their work come to life, and we are enabling New Jersey audiences to see plays they won't see anywhere else,” says Catherine LaMoreaux.

Dragonfly Multicultural Arts Center is a nonprofit theatre company dedicated to celebrating diversity through non-traditional casting, arts education, dramatic performances, and the creation of new works. Dragonfly Multicultural Center also aims to affirm theatre education and provide a multi-cultural artistic outlet beyond New York City for people of all ages and backgrounds. Catherine LaMoreaux and Anna Paone, a mother-daughter team, founded the company in 2014. The production is co-sponsored by Queen City Pride, based in Plainfield.