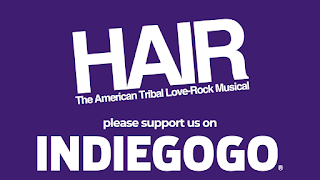 OCHO MEDIA LAB, LLC is pleased to announce an Indiegogo crowdfund for a 51st anniversary edition of the hit Broadway show, HAIR - The American Tribal Love-Rock Musical*. Crowdfunding will support production and bring Hair to the stage under the direction of Alex Ocho. The musical is aiming to open Summer 2020 in Maplewood, NJ.

More information about the campaign can be found at: https://igg.me/at/hairmusical51/ 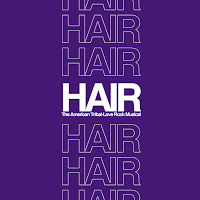 Hair became the musical that defined a generation. With its depiction of hippie counterculture, groundbreaking rock ‘n roll score, coarse language, drug use and infamous nude scene — Hair challenged all conventions of musical theater. Hair premiered in 1967 at Joseph Papp’s new Public Theater for its inaugural New York Shakespeare Festival. The original Broadway production opened in 1968 at the Biltmore Theater, ran for 1,750 performances and was nominated for two Tony Awards. Hair launched the careers of Diane Keaton, Donna Summer, Meat Loaf and Melba Moore. A successful 2009 Broadway revival won the Tony for Best Revival of a Musical. The musical spawned hit songs such as “Aquarius”, “Easy to be Hard,” “Good Morning Starshine” and “Let the Sunshine In.”

Welcome to the “Age of Aquarius.” The year is 1967: LBJ is in the White House, The Vietnam War rages and anti-war protests erupt across the country. Hair tells the story of a new kind of community and camaraderie. Claude, a flower child, must choose between resisting the draft with his friends or submit to the pressures of his conservative parents and serve in Vietnam.