A Human Being Died that Night
Nicholas Wright adapted from the book by Dr. Pumla Gobodo-Madikizela
directed by Merry LaRue 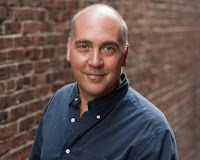 Eugene De Kock was a paid white political assassin nicknamed "Prime Evil" for his crimes against anti-apartheid activists. While serving his two life sentences, black psychologist Pumla Gobodo Madikizela went to interview him, hoping to seek humanity and forgiveness in the government-sanctioned monster.

The thought-provoking interrogation moves from clinical to intimate in the prison cell where fear and compassion coexist. (Samuel French)